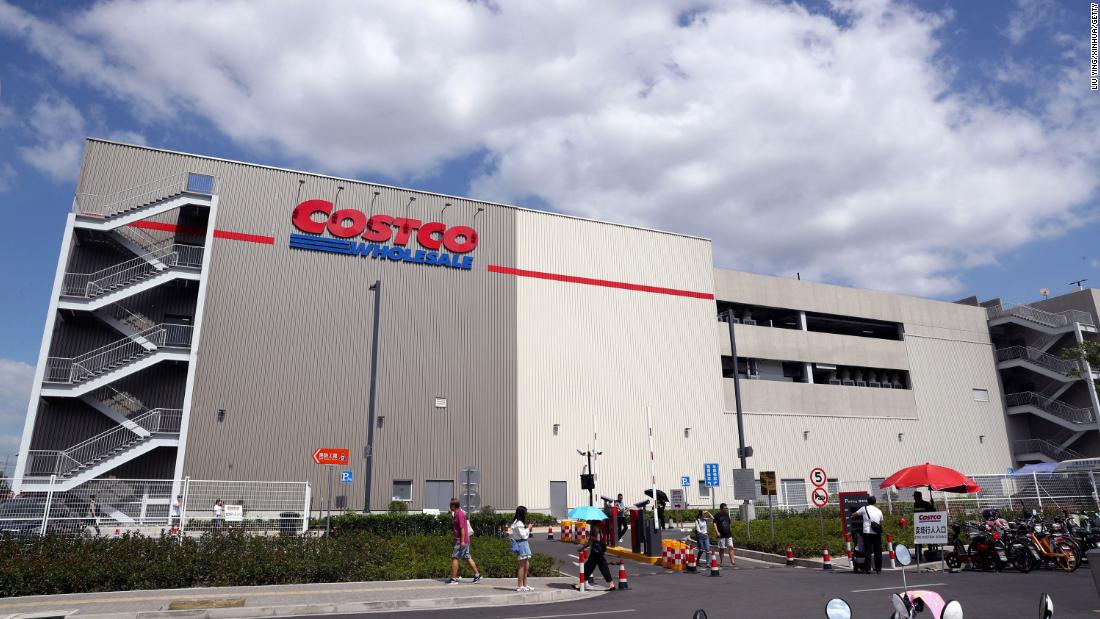 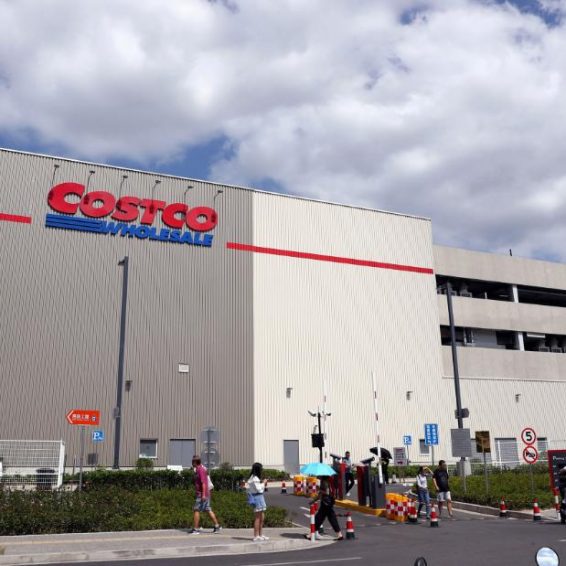 Why Chinese influencers are flocking to a Costco in Shanghai (and no, it’s not for the discounts)

1 month ago·3 min read
ShareTweetPinShare
Home
World News
Why Chinese influencers are flocking to a Costco in Shanghai (and no, it’s not for the discounts)
The content originally appeared on: CNN
These photos, which are trending on Chinese social media, all have one thing in common — a big “Costco wholesale” logo featured prominently in the background, often against a deep blue sky.
The American retailer, which opened its first China store in Shanghai to massive crowds in 2019, has become an unlikely destination for Chinese influencers. But it’s not the store’s discounted bulk items that’s attracting them; instead they are drawn to what they consider to be its “California vibe.”
For nearly two years, most people in China have been unable to travel abroad, due to the country’s stringent and unrelenting Covid-19 border restrictions: outbound flights are limited, quarantine upon reentry is harsh and lengthy, and Chinese authorities have ceased issuing or renewing passports for all but essential travel.
Nevertheless, some Chinese influencers have come up with creative ways to bring seemingly exotic scenes to their social media feeds — by taking pictures at places like the Costco Shanghai store.
Read More
On Xiaohongshu, a fashion and lifestyle app often referred to as China’s Instagram, users share tips on how to pose for photos in front of the big box store so it looks as if they are in Los Angeles.
The pointers include wearing bright, casual clothes, carrying pizza and cola as props if you don’t have Costco membership, and taking photos in the late afternoon, when the colors appear warmer and more saturated.
Most users are upfront about the fact they’re not actually in LA and are merely posing for fun — with phrases like “Pretending to be in LA” cited frequently in captions.
Other popular pandemic-era hashtags include “Pretending to be in Paris” and “Pretending to be in Tokyo,” with users posing in foreign-styled shopping streets, cafes or tea gardens.
For many influencers, this is just another fun way to liven-up their feeds. But the posts are also a painful and vivid reminder of how long China has been shut off from the world.
Before the pandemic hit, overseas travel had become a common part of life for China’s growing middle class.
In 2019, mainland Chinese tourists made 155 million trips, with Macau, Hong Kong, Vietnam, Thailand, Japan, South Korea, Myanmar and the United States being the top destinations.
China was also the world’s single biggest spender on outbound tourism. According to the United Nations’ World Tourism Organization, Chinese tourists spent more than $254 billion overseas in 2019 — nearly one-fifth of global tourism spending.
At the height of the pandemic, global travel was brought to a halt, with nations rushing to close borders and cancel international flights.
Now, a growing number of countries are opening up and learning to live with the virus after rolling out mass vaccinations. But China is still keeping its borders tightly sealed and doubling down on its zero-Covid policy — with an aim to completely eradicate the virus from inside the country.
Fresh lockdowns in China as local Covid-19 infections spread to 11 provinces
With overseas travel no longer viable, Chinese authorities have promoted domestic tourism as an alternative. China’s vast size and rich diversity have played to its advantage, but it remains to be seen how much longer Chinese citizens will be content with being shut off from the real LA, Paris or Tokyo.
And with the highly infectious Delta variant, even domestic travel can be risky.
China’s latest outbreak, which has infected more than 300 people across 12 provinces, is linked to a dozen tour groups, according to health authorities. Travel agencies have also been banned from organizing cross-provincial tours in regions with high case numbers.
In the country’s northwest, hundreds of domestic tourists were trapped in Inner Mongolia and Gansu for days when authorities imposed stringent lockdowns to curb the spread of the virus.
In Ejin Banner, a region of Inner Mongolia, the local tourism board apologized by offering trapped tourists free entry to three popular attractions, redeemable within three years. But whether they will be willing to return is another story.