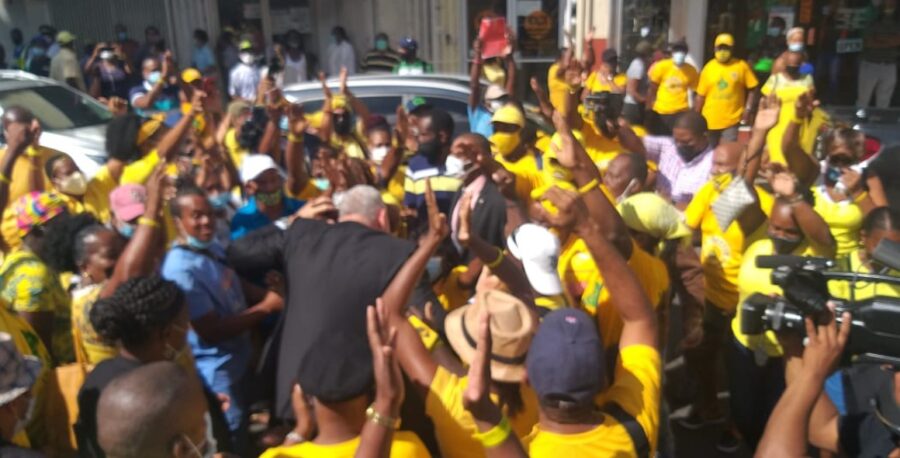 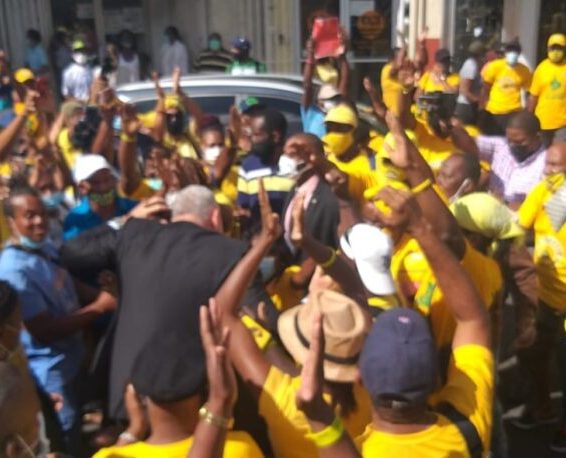 Supporters of the opposition United Workers Party (UWP) clad in party colours, chanting, and beating instruments converged near parliament Tuesday in a vocal acknowledgment of the return of party leader Allen Chastanet to the house.

“Fantastic,” Chastanet declared as a roar went up from his supporters when he arrived, and reporters asked for his response to the greeting he received from UWP faithful.

In addition, he said he was ‘anxious to get to the business of the people.
“I always knew that the supporters were there. While it’s fifteen-two up here (in parliament), it was not fifteen-two in the polls,” the UWP leader asserted.

The UWP retained a mere two seats in the 17 seat parliament in the July 26, 2021 elections, compared to the 11-6 majority it previously enjoyed.

The former Prime Minister, who retained his Micoud South seat, asserted that the SLP had promised one thing while in opposition but had delivered something entirely different.

It was an apparent reference to the court of public opinion.

Government MPs had roundly criticised Chastanet for his failure to appear for sittings of parliament on three consecutive occasions.