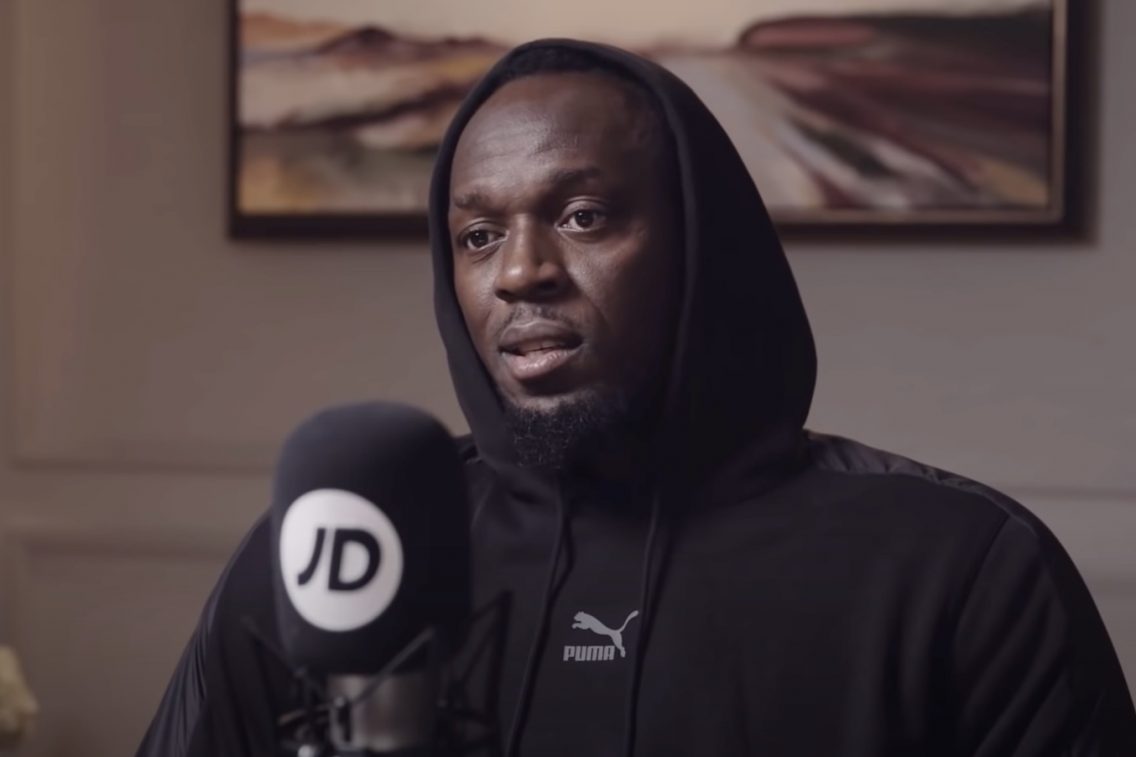 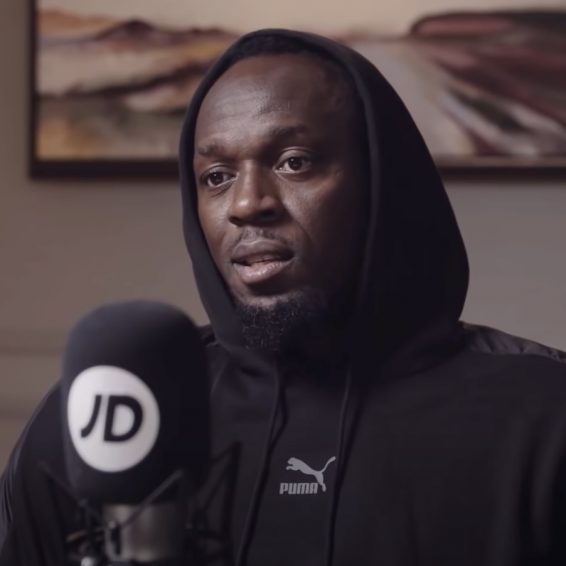 Surely this statement will ruffle a lot of feathers and perhaps even cause some active artists to shun the retired Jamaican athlete as he furthered his musical aspirations. Usain Bolt has never been shy about sharing his feelings about the music, and neither has he ever been shy about being a huge fan of Vybz Kartel.

Speaking with Chuckie Lothian on his JD IN The Duffle Bag podcast yesterday (November 17), Bolt touched on a lot of topics from fatherhood to sports and music. A lot of sound bites will come from the interview, but perhaps the most telling is his thoughts on the state of dancehall and how Vybz Kartel’s physical absence led to the genre losing “respect.”

“It’s hard to see the change and I think that’s why dancehall is losing its respect,” Bolt told Lothian. “No disrespect to all the other artist they doing their things they making money, cool, but the respect that dancehall had that everybody want a piece of is different now because it’s not the hardcore like ghetto type of dancehall anymore.”

The debate about the changing nature of dancehall music over the years is nothing new and has been happening for years. The 1990s Golden Era has come and gone, and while some artists from that era remained active, there are a lot of new faces, names, and sounds on the block. These new men and women are constantly getting scrutinized by the veterans, especially on the issue of the so-called trap dancehall.

Music production is new for Usain Bolt, but his love for the music is nothing new. He told Lothian that he will focus on putting out an authentic dancehall riddim project with some of the old school guys next because he feels like that’s what missing from the genre currently. He noted that he had already reached out to a few of them who showed interest in being a part of the project.

“I can’t determine where Dancehall go, but now I’m here I can try to change it and try to put more hardcore Dancehall out there,” Bolt said.

Usain Bolt attributes a big part of the change or downwards spiral of dancehall as a respected genre to one thing mainly, Vybz Kartel’s absence.

“When Vybz Kartel was out, alot of people mirrored what he did,” the sprint legend said. “But no one stepped up and took over after he left. Everybody was looking towards somebody who’s gonna be that guy that we look forward to your next song coming out. And nobody did. It was just like everybody on the same level.”

Bolt attributed some of the change to the artistes who were putting out trap dancehall songs that grew in popularity over the later part of the last decade. While he isn’t necessarily criticizing them for changing the music, the sprinter blamed the hardcore guys for not stepping up and doing something about it.

Rygin King has labeled himself as the originator of trap dancehall, with another Montego Bay-based artiste, Squash, coming on the scene and further popularizing the sub-genre. Nevertheless, hardcore artistes like Bounty Killer have been speaking out against the particular labeling of the music “trap dancehall,” saying there is no such thing and it’s just dancehall utilizing elements of trap music which has its roots in Atlanta.

“Nuttin nuh name trap dancehall, and that’s what people keep mixing up… I don’t have any problem with trap music because I sing trap, so mi nuh hate it,” Bounty said recently. “I hate the idea of someone trying to take another music and call it our music, that can’t be. Trap is not us and it’s not ours, so how unnu a guh thief people music?”

Killer also said elements of trap music will be on his upcoming album because he has nothing against the genre.

While Usain Bolt isn’t the first Jamaican celebrity or dancehall producer/artiste to echo these sentiments, his statement will undoubtedly leave a bad taste in some artistes’ mouths. There are a lot of artistes out there touring the globe and dropping albums who may feel like they’re doing their part to move the genre forward. These artistes might feel like Bolt’s statement is a bit unfair towards them.

In an interview with Winford Williams of OnStage last year, Buju Banton made a similar statement when he said dancehall is in jail, meaning Vybz Kartel is dancehall. Konshens has since said he was offended by that statement by Gargamel.

“You have Charly Blacks weh sell diamond, yuh have Popcaan a duh all a di collaboration dem, mi a duh collaboration with Chris Brown,” Konshens added. “Kranium sell gold, Gyptian sell gold. And then you watch one a our heroes a seh yow one man alone a duh work.”

Usain Bolt is currently enjoying some success with his debut album, Country Yutes, with NJ, released in September. His Clockwork Riddim is also doing well, with some big names getting on the project like Vybz Kartel, Teejay, Shaneil Muir, and Christopher Martin.