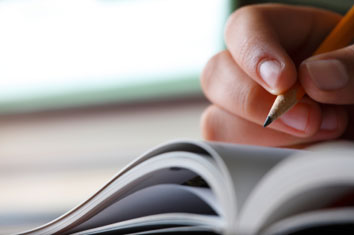 UNICEF: Millions Missing Out On Remote Learning During Emergencies

At least 200 million boys and girls, live in 31 countries which do not have the resources to deal with remote learning during any future emergency school closures, the UN Children’s Fund, UNICEF, said in a study released on Thursday.

More than half, or 102 million, are students in 14 countries which either fully or partially closed their classrooms for at least half of the COVID-19 pandemic, according to the Remote Learning Readiness Index.

Even in the midst of an ongoing emergency, we know there will be another one, but we aren’t making enough progress to ensure the next time students are forced out of the classroom, they have better options,” said Henrietta Fore, the UNICEF Executive Director.

The report measures countries’ readiness to provide remote learning when in-person education is disrupted, and covers nearly 90 per cent of students in low and middle-income countries.

It also examines the limitations of remote learning and inequalities in access, and warns that the situation is likely far worse than available data shows.

Benin, Burundi, Cote d’Ivoire, Congo, Ethiopia, Madagascar, Malawi, Niger and Togo, are among the countries with the most significant need for improvement within the education sector.

The report found pre-primary education to be the most neglected level. Many countries did not deploy a corresponding policy during the pandemic, therefore the youngest learners were left behind during their most critical years of development.

Meanwhile, Argentina, Barbados, Jamaica, and the Philippines have the highest level of readiness. However, UNICEF cautioned that even among nations with higher scores on the index, disparities within their territories mean poorer children, or those in rural areas, are far more likely to miss out during school closures.

While there is no replacement for in-person learning, the report said schools with “robust” remote learning systems, especially digital learning, can provide a degree of education when emergencies force classrooms to shutter. These systems can also help students to catch up once schools eventually reopen.

Although the past 19 months have been disruptive, the UNICEF chief said they have given a glimpse of what is possible during and after the pandemic.

“Together with partners, we have been hard at work to leverage the power of technology and to provide learning opportunities for children and young people everywhere,” she added.

Through the Reimagine Education initiative, UNICEF and partners are striving to give children and young people equal access to quality digital learning, with a goal of reaching 3.5 billion learners by 2030.