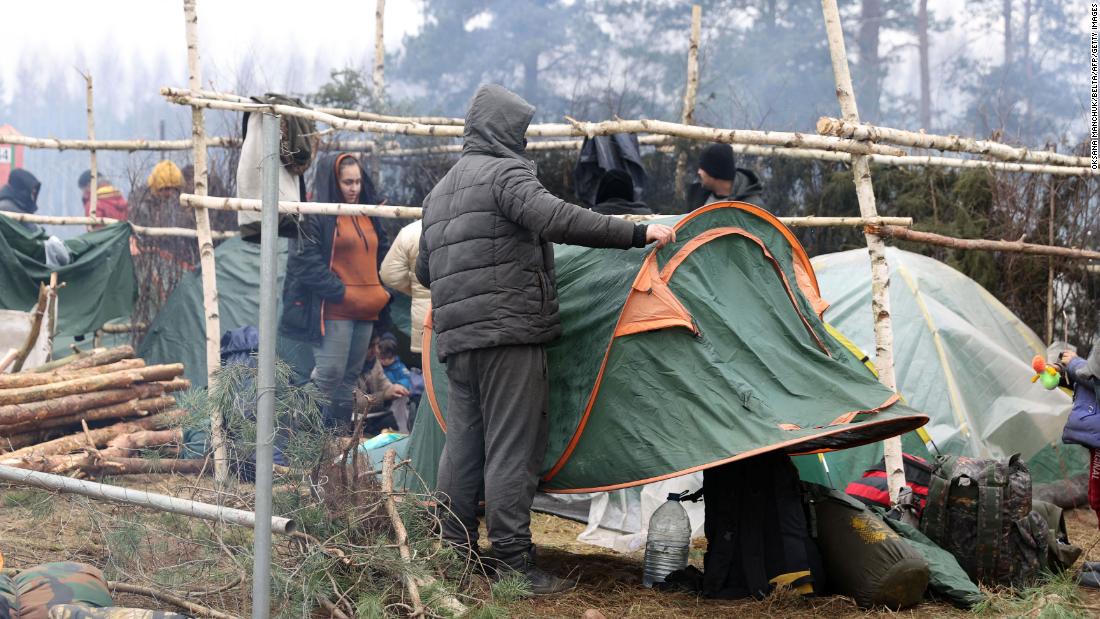 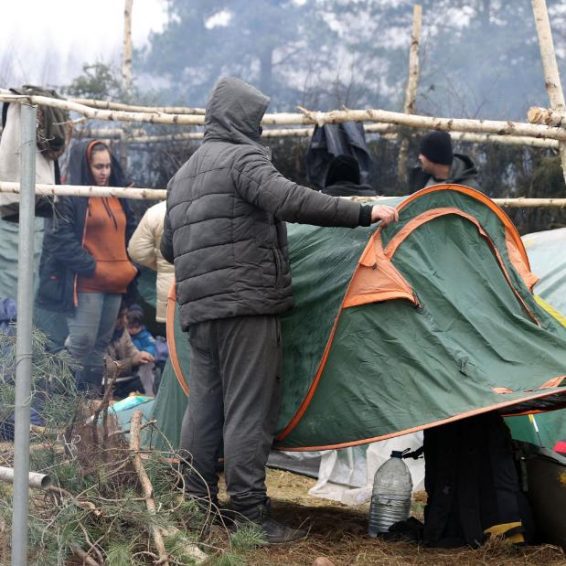 The West’s leaders agree that democracy is under attack. How they can defend it is less obvious

2 weeks ago·5 min read
ShareTweetPinShare
Home
World News
The West’s leaders agree that democracy is under attack. How they can defend it is less obvious
The content originally appeared on: CNN
Lukashenko denies the condemnation made by the G7 group of the world’s wealthiest democracies that he is orchestrating “irregular migration” in an “aggressive and exploitative” campaign — just as he rejects the European Union’s accusation that his re-election as president last year, his sixth consecutive five-year term, was a sham.
Not for nothing is the aging autocrat known outside of Belarus as Europe’s last dictator.
The victims of the Belarus border crisis were obvious. For Poland’s government, it was a useful distraction
For much of this month, the world watched as weary migrants, some with small children and mainly from the Middle East, were coaxed and coerced in freezing conditions to a forest border with the EU. Their rising anger at not being allowed to cross erupted at times as they hurled volleys of rocks at Polish border guards who eventually spewed water cannon fire back at them.
In a revealing interview with CNN last week, Lukashenko’s foreign minister, Vladimir Makei, exposed the psychology behind his boss’s decision to launch a frontal attack on Europe’s borders. “Belarus has shown the dark side of the European democracy,” he claimed.
Read More
US President Joe Biden made it an early theme of his term in office, that democracy is under attack. “We’re at an inflection point,” he told an audience in Germany in February. “We must demonstrate that democracy can still deliver for our people in this changed world. That, in my view, is our galvanizing mission.”
But how to deliver on that mission is something that has yet to be mastered. Biden promised a “summit of democracies” “early” in his presidency, it is due to take place next month, although details are sketchy.
Biden’s leverage is waning among allies, due to diplomatic missteps such as the messy withdrawal from Afghanistan and the AUKUS security pact with Australia and the UK that marginalized France. Meanwhile, autocrats like Lukashenko and Russian President Vladimir Putin appear to be exploiting the opportunity to divide, discourage and sow dissent in the democracies closest to them, in Europe.
When Belarusian foreign minister Makei told CNN that: “Poland has violated all the possible international legal laws and democratic values,” he turned logic on its head by ignoring Lukashenko’s autocratic practices, such as what some governments condemned as the illegal “hijacking” of a commercial airliner that was diverted to Minsk, and arresting a Belarus opposition activist who was on board.
Cynically crying wolf, while wilfully ignoring their own violations is a convenience that autocracies routinely use to cover their tracks.
On the face of it, how can the EU that champions human rights turn its back on migrants, less still turn water cannons on them? Human Rights groups have criticized Poland for preventing journalists from having access to the border region, and for allegedly pushing migrants who had successfully made it across the razor wire fence back into Belarus.
It is the caring side of democracy, that values human rights and decency, that Biden and others fear autocracies exploit. At one point last week, Lukashenko’s government proposed that Germany should take in 2,000 migrants and Belarus would handle the rest.
According to Lukashenko’s foreign minister, both his boss and Putin were pushing Merkel into some sort of deal. “It was President Putin who tried to contribute to the settlement of this crisis. He had conversations with Chancellor Merkel, he had conversations with President Lukashenko and as a result of these conversations, the phone calls between Merkel and Lukashenko were organized.”
Tensions are rising on the Poland-Belarus border. Here’s what you need to know
Whatever the detail of those conversations, Merkel and her EU partners saw through the ruse and refused to play ball. Germany’s Interior Minister Horst Seehofer later said firmly: “We will not take in refugees. We will not bow to the pressure and say: ‘We are taking refugees into European countries,’ because this would mean implementing the very basis of this perfidious strategy.”
This, it turns out, is not “the dark side of the European democracy,” as Makei claims, but the EU’s reality check on what it sees as Lukashenko’s lies.
But will that matter for Lukashenko and Putin? Of course not. They thrive in a hybrid of hubris and confusion where doubt replaces certainty, and besmirching democracy’s moral purpose is a victory in and of itself.

While the fabricated crisis has — so far — failed to divide the EU, little of what’s happened is a waste for the two autocrats, in that it helps prop up their own illegitimate rule.
For their home audiences, the whipped-up confection of half truths about alleged mistreatment by border guards and their water cannons is enough to mislead some people into believing that the other side is no better than them.
Lukashenko is exploiting democracy’s core value — compassion — by weaponizing migrant trauma to turn the EU’s moral strength to vulnerability. Europe’s real weakness, that he appears to assess, is not its physical borders but its principles.
But the real pernicious injury of Lukashenko’s ruses is inflicted on the heart of democracy itself. To fight off his assault on democracy, the EU is forced into taking a firm stand and rejecting the 2,000 migrants. It is logical, but only borderline moral. It stoops toward Lukashenko’s level and treats those desperate people as pawns.
It is this often complicated issue that Biden wants us to explore by illuminating what democracy has at stake in the fight ahead.
Inside the European Union, the main effect of Lukashenko’s machinations will be to risk raising the specter of migrants at the border even beyond the pre-existing vexing reality — a situation that has already fueled populist nationalism.
At his inaugural address Biden used the word democracy five times in his introduction, and 11 times during his whole speech. It was at the forefront of his mind as he spoke at the spot where, just two weeks earlier, the United States’ first attempted coup had unfolded.
Looking out on Washington’s flag-strewn Mall, his words broadcast into millions of living rooms and autocrats’ offices around the world, Biden warned: “We have learned again that democracy is precious. Democracy is fragile.”
It has become even clearer since then that democracy’s trials are far from over, both in the United States and around the world. Now, leaders must convert their well-meaning words into actions.