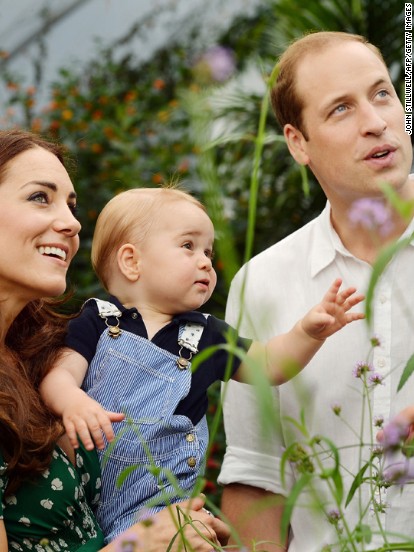 1 month ago·7 min read
ShareTweetPinShare
Home
World News
The duchesses stepping up in the absence of Britain’s Queen Elizabeth II
The content originally appeared on: CNN
A version of this story appeared in the October 29 edition of CNN’s Royal News, a weekly dispatch bringing you the inside track on the royal family, what they are up to in public and what’s happening behind palace walls. Sign up here.
As such, she will be missed by the VIPs gathering in Glasgow for the crucial COP26 climate talks. They surely would have been looking forward to their moment with the ageing monarch, and perhaps a treasured photo. Now that she’s canceled her visit on medical advice, her ministers have lost their most valuable diplomat too.
For those still worried about the 95-year-old, the palace has continued to say this week that she is in “good spirits,” with sources telling us she was undertaking “light duties” at Windsor. On Thursday, the palace released a snippet from a video call earlier in the day. In the clip, she joked with the 2020 winner of the Queen’s Gold Medal for Poetry, David Constantine, who was presented with his medal at Buckingham Palace. “I don’t know what you do with it… You put it in a cupboard?” she quipped.
In the Queen’s absence, Princes Charles and William will take center stage in Scotland. They will be accompanied by the Duchesses of Cornwall and Cambridge, who have both taken on higher profile and more substantial roles in recent years.
Both Camilla and Kate did their first television news interviews with CNN. Camilla’s was on domestic violence in 2017 while Kate found some time to meet us during a royal tour of Pakistan two years later. Both were apprehensive but were determined to make it work.
Read More
A great example of how comfortable Camilla has become with her place in the Firm came this week with her biggest — and arguably most impressive — speech yet. The Duchess of Cornwall gave an impassioned address at a reception ahead of the Shameless! Festival in London next month, which plans to bring art and activism together to combat attitudes towards sexual violence.
“This country has been appalled and saddened by the loss of women to violence this year. On average, one woman is killed by a man every three days,” Camilla said. “Sarah Everard, Sabina Nessa, Wenjing Lin, Geetika Goyal and Bennylyn Burke are names which, with all the others, must never be forgotten.”
She continued: “We do not, in any way, hold all men responsible for sexual violence. But we do need them all aboard to tackle it. After all, rapists are not born, they are constructed. And it takes an entire community — male and female — to dismantle the lies, words and actions that foster a culture in which sexual assault is seen as normal, and in which it shames the victim.”
It was a speech that tapped into how many women in Britain are feeling amid a nationwide reckoning over an epidemic of violence against women and girls here.
Kate too has been refining the causes she’s passionate about, whether it’s her focus on early childhood or backing of mental health campaigns, like recently with one she hopes will reframe addiction.
How have they done it? Well, in part, they’ve just bitten the bullet embracing that old World War II motivational mantra of “Keep calm and carry on.” But they’re also becoming experts in their chosen areas of interest.
Next week, both women will face their biggest diplomatic test to date at what is set to be the largest gathering of world leaders ever in the UK. It isn’t about them, it’s about the big names they will now be hosting in the absence of Her Majesty.
Nobody expects the duchesses to do anything other than excel, but will they be able to demonstrate that the UK can still retain its diplomatic power without the true star of the show?
Camilla and Kate don’t need to show they are as good as the Queen (that’s on both their husbands as heir to the throne and next in line who need to show they have the potential for when the time comes). This is the royal long game and COP26 is one of those moments where royalty proves its value to the UK — which is why all four are so committed to the event.

Charles and Camilla have a very busy month ahead.
The Prince of Wales and his wife are headed to Jordan and Egypt next month. The pair will undertake a four-day trip from November 16 at the request of the British government, Clarence House announced this week. “The tour will showcase these strong bilateral relationships, with a focus particularly on addressing the climate crisis,” Charles’ office said. It added that the pair will explore how to realize commitments following the conclusion of the UN climate talks in Glasgow.
The first stop on the overseas tour is Jordan where they’ll be received by King Abdullah II and Queen Rania to mark the country’s centenary. Charles and Camilla have visited Jordan before (in 2015 and 2013 respectively). “The Prince will focus on environmental issues, inter-faith dialogue, heritage preservation and the creation of jobs and opportunities for young people. The Duchess will continue her commitment to supporting women, as well as girls’ education,” according to Clarence House.
They will then travel on to Egypt where they will meet President Abdel Fattah al-Sisi and his wife, Entissar Amer al-Sisi, as well as the Grand Imam of al-Azhar. Clarence House said engagements planned in the country will allow the pair to “celebrate Egypt’s ancient culture and spiritual significance, while also looking ahead to modern Egypt, embracing a greener future.”

WHAT ELSE IS HAPPENING?

US judge sets deadline for evidence in Andrew sex assault case.
Prince Andrew has until July next year to answer questions under oath in the civil sexual assault case against him. Judge Lewis A Kaplan set a July 14 deadline for the submission of all evidence including a potential deposition from the Duke of York, according to a US court document dated October 25. The ruling means that it’s possible Andrew’s legal issues could cast a shadow over the Queen’s Platinum Jubilee celebrations which are set to take place next June. The duke’s accuser, Virginia Roberts Giuffre, alleges she was trafficked by convicted sex offender Jeffrey Epstein and forced to perform sex acts with the royal on multiple occasions while still a minor under US law. Andrew, 61, has repeatedly denied the claims. Read more.

PHOTO OF THE WEEK

Prince Charles is caught in deep conversation with Oscar-winning actor Judi Dench at a reception hosted by his wife Camilla for her online reading club initiative. During the pandemic, Camilla shared her favorite books in a series of lists. The recommendations were so popular that the duchess launched “The Reading Room,” which continues to offer suggestions in addition to chats with authors and an online community for book lovers to connect.

The UK government is rolling out the red carpet to welcome world leaders in Scotland and deploying several senior royals to deliver a dose of their soft power and support the country’s interests.
But back in the day, one of the “best examples of soft power that Britain has possessed” was the late Princess Diana, journalist Richard Kay said in CNN’s new series “Diana.” Have a watch of a clip below and don’t forget new episodes air Sundays at 9pm ET/PT.

POSTCARDS FROM ROYALS AROUND THE GLOBE

Japanese royal’s years-long wait to walk up the aisle is over.
Princess Mako, the Japanese emperor’s niece, finally tied the knot with her commoner boyfriend Kei Komuro on Tuesday. When a princess marries a non-royal, Japan’s strict imperial law stipulates that she must relinquish her royal status. Mako’s departure from the family and plans to relocate to New York where her new husband works at a law firm have drawn comparisons from many to the Sussexes. But those comparisons are pretty hollow. We wrote about it in a special edition earlier this week. (Side note: If you have time, please let us know what you think about our experiment with occasional sends on big stories from other royal families. We want to make sure we’re developing the Royal News you want to read and really do value your input. Hit us up on [email protected] And a big thank you to those who’ve already written in!)
Beatrice and Eugenie attend Greek royal wedding.
Seems like wedding bells are in the air as the Japanese nuptials weren’t the only royal celebrations this week. Princesses Beatrice and Eugenie were spotted in Athens at the ceremony of Prince Philippos of Greece and Denmark and his bride Nina Flohr over the weekend. Beatrice was all smiles as she and husband Edoardo Mapelli Mozzi stopped on the steps of the Metropolitan Cathedral of Athens to wave to well-wishers. It was her first appearance since giving birth to daughter Sienna Elizabeth on September 18. The lavish affair saw a throng of European royals descend upon the event including Queen Sofia of Spain.

“How many more women must be harassed, raped or murdered before we truly unite to forge a violence-free world?”

– Camilla, Duchess of Cornwall asked as she ended her speech at the Shameless! Festival reception.