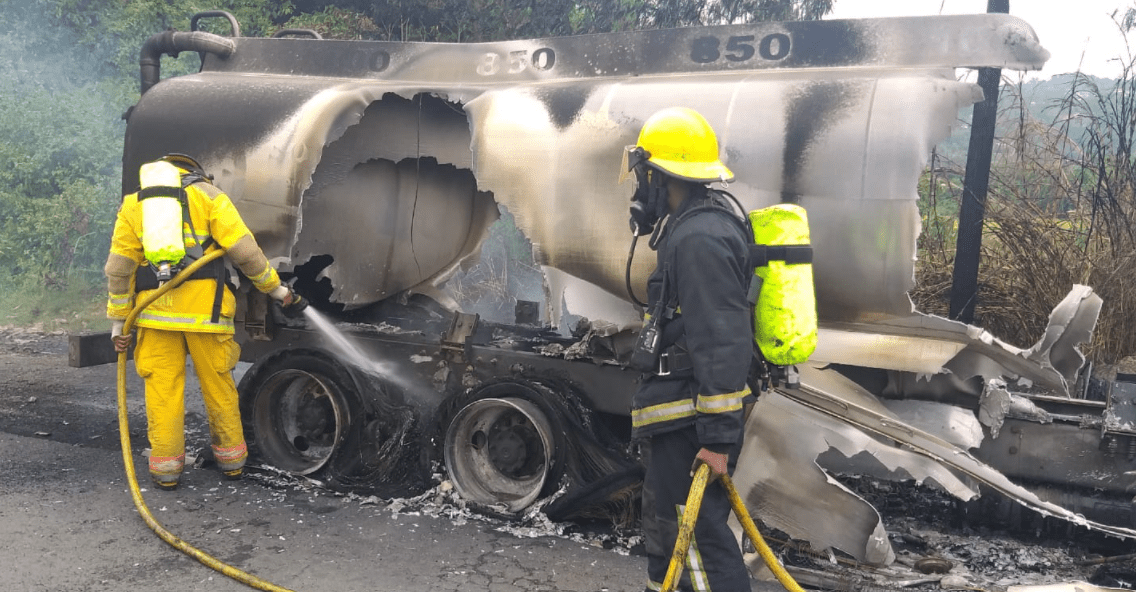 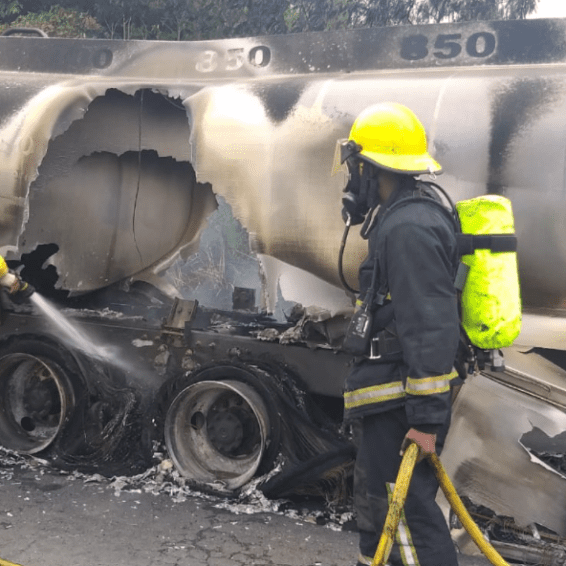 Deborah Edward, the General Manager of SOL Saint Lucia and Dominica, has praised the response of firefighters and the police after one of the company’s fuel tankers burst into flames along the Millennium Highway Wednesday afternoon about 1:00 pm.

No one sustained injury due to the fire, and Edward expressed that the situation could have been worse. The tanker was not carrying any fuel at the time of the incident.

“You never know what would have happened if the truck had product so we are very thankful that the driver is safe,” Edward stated. She added that the incident visibly shook several SOL members of staff.

“There were no vehicles on the Millennium Highway today when this explosion happened, so really the stars were lined up so that we did not have a worse disaster,” the SOL official said.

Edward observed that fuel is a highly volatile product.

“The fire may happen here but the vapour space is extremely large so just being able to keep people out of the vicinity, they contributed to ensuring that everyone was safe,” Edward said of firefighters and police officers who were on the scene.

The cause of the fire is under investigation.