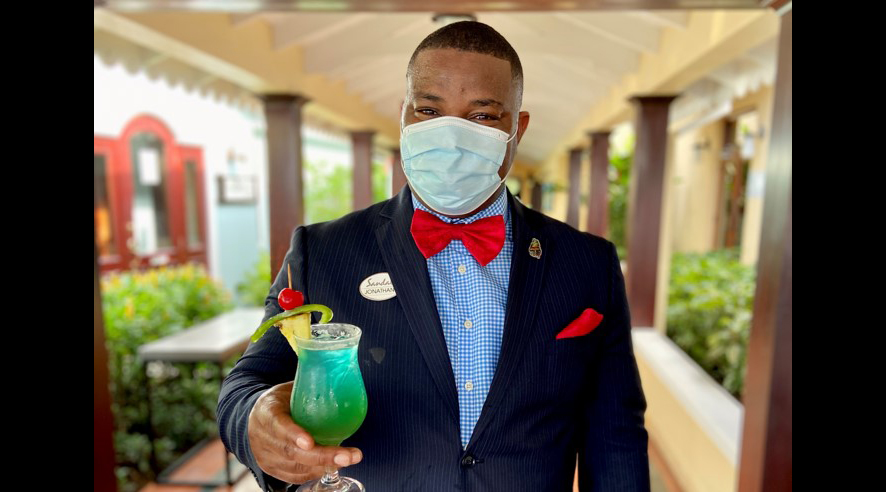 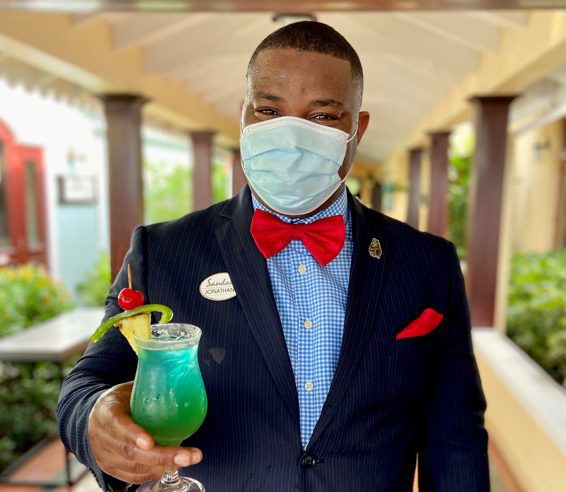 Press Release:– Sandals Team Members are always ready for the next challenge … so when the ‘Welcome Cocktail Competition’ was announced across the Sandals chain as part of the official activities marking our 40th anniversary, team members were lining up to register.

The winner would receive US$400.00, a trip to relax at any Sandals Resort, and will have their signature cocktail included as part of the staple of welcome drinks for guests all year long.

The end users themselves, our Sandals Diamond guests, were brought in to sit on the judging panel. From first sip to last, it was a keenly contested fight, as judges went from taste, refresh, taste and repeat, until the winners were announced.

After the flurry of activity was over Jonathan Morgan took top spot at Sandals Halcyon with his aptly named cocktail “Halcyon Bliss”. His drink was inspired by the beautiful landscape of the resort, with the colour representing the foliage, reminiscent of paradise. Jonathan says, “I was very happy to be given the opportunity to take part in the competition and I am very grateful and proud that I won”.

Kilan Casimir’s entry ‘Verry Berry” emerged victorious at Sandals Grande St Lucian Spa & Beach Resort, a drink he said was inspired by all of the best that is Sandals Grande. “I knew I was going up against some stiff competition, so I had to bring my A-game. I am very happy that I won.”

Meantime Chrissy Chandler’s “Frosted Hibiscus” blew away the competition at Sandals Regency La Toc Golf Resort & Spa. Inspired by romance, giddy, heady feelings and hints of sweetness, Chrissy says her “drink is perfect for the Sandals couple, where love is all you need”.

Managing Director Winston Anderson, in congratulating the participants and winners, remarked that “We have always boasted that we have the world’s best team members here, and when we announced this competition we knew it was going to deliver keen competition and extraordinary cocktails. In fact, I wish that I could declare everyone winners, so keen was the competition and of such high quality were the drinks they produced, all original mind you, but that is above my pay grade. As we kick off our 40th anniversary celebrations we could have started with no better place than with some of the persons who make our guests happy. Enjoy the feeling that comes from hard work, and I have the good fortune of looking forward to tasting all of your drinks.”

This Welcome Cocktail Competition has set the tone for a year-long celebration within Sandals Resorts, and team members in Saint Lucia are filled with anticipation for the next event and more opportunities.