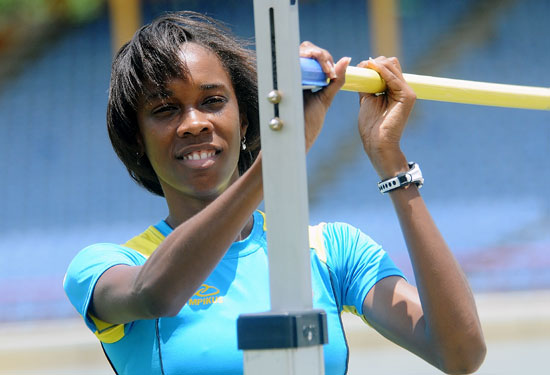 A four-time Olympian, Spencer is a multiple CAC and Pan Am Games champion, who created history in 2018 when she became the first St Lucian to win the high jump gold medal at the Commonwealth Games held on Australia’s Gold Coast.

However, after failing to make the finals of the high jump at the Tokyo Olympics in August, the 37-year-old St Lucian star, has decided it was time to hang up her spikes.

“After 23 consecutive years of representing St. Lucia in the sport of track and field, I have, after careful consideration and analysis, made the tough decision to retire, effective 31st October 2021,” she said in a statement released on Wednesday.

“It was a challenging journey laced with lots of literal blood, sweat, and tears, but a very rewarding journey as well, which led me to four consecutive Olympics, eight consecutive World Championships, five consecutive Commonwealth Games, and gave me 16 Sportswoman of The Year titles.

She thanked corporate St. Lucia for its support and the media “for consistently reporting on all that I did for my country.”

“As I say farewell to a sport that I love so much, I do so with a great sense of pride and joy knowing that I did my best to, against all odds, give our tiny nation the best representation possible, on and off the field.”

Spencer, whose personal best was 1.98m, a national record, had her best performance at an Olympic Games in Rio 2016 when she cleared 1.93m to finish sixth in the final.