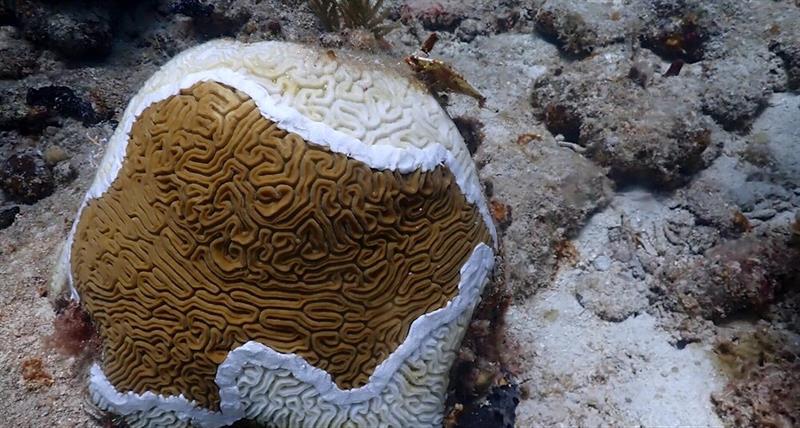 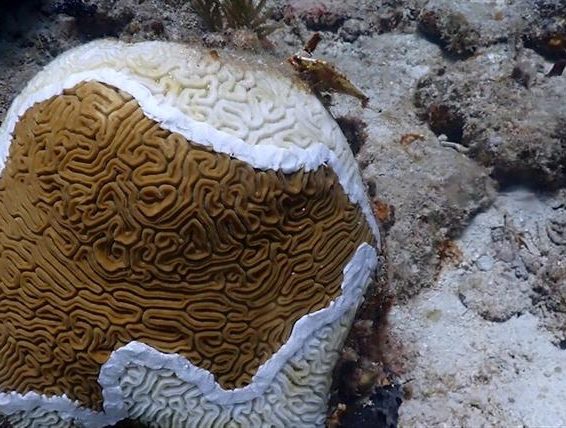 Coral reefs in Saint Lucia and, by extension, the Caribbean are facing numerous threats-the most prominent being Stony Coral tissue loss disease. This new lethal disease, first reported in Florida in 2014, made its way to the Caribbean region over a period of time.

Biologist Monique Caldron, in the Department of Fisheries, explains what is commonly referred to as the “COVID of the Seas.”

“We noted instances of it in Saint Lucia as early as last summer when we got some reports from dive operators especially in the area of Soufriere. Unfortunately, this disease moved very quickly, a lot faster than we were able to mobilize the resources to be able to halt it in its tracks. With Stony Coral tissues loss disease, what happens is that the actual tissue on the coral is diseased. A lot of people think that the coral are just rocks under the water but coral actually exist with a skeleton which is covered by coral tissue. The disease targets and wastes away the tissues, leaving behind only the coral skeleton – which is essentially a dead coral. This leaves room for algae and other organisms to colonize and takeover the coral reef depleting the number of healthy reefs we have on island. It also reduces habitats for fish, reducing our fish population numbers.”

What causes stony coral tissue loss? The causal agent remains unknown but is suspected to be a bacterium, although recent studies suggest a virus.

“Right now, scientists are still trying to determine the exact cause,” Ms. Caldron said. “We have narrowed it down to it possibly being a virus that is transmitted by the ballast water or the water that is taken in on shipping boats, large cargo boats and cruise ships. So, there is a theory that water is taken in Florida and has now been deposited around the Caribbean as these ships go throughout the Caribbean.”

The biologist said residents and non-citizens can help combat this scourge while the Ministry of Agriculture continues to explore ways to help curb the problem.

Chastanet Thanks Mary Isaac, Says ‘The Universe Knows The Truth’

“We can take several actions like reducing pollution, and limiting our use of harmful sunscreens. There are some sunscreens that are actually reef safe. We can also try to limit the consumption of herbivorous fishing species like parrotfish and sea urchins which actually feed on the algae cover on the reef, and allow the reef to thrive.”

Coral reefs provide an important ecosystem for life underwater. As coral reefs are destroyed, coastlines become more susceptible to damage and flooding from storms, hurricanes and cyclones, which places our island home in jeopardy.