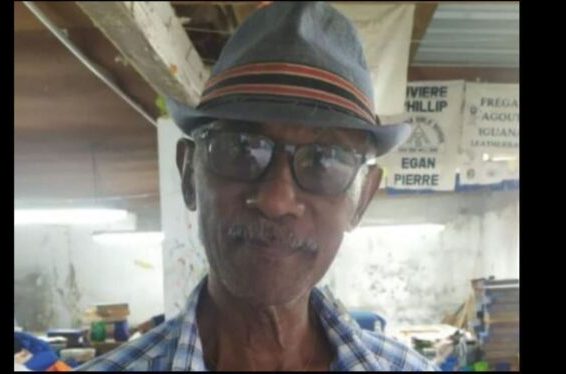 Press Release:- On Thursday 18 November 2021, the Labour Party was greeted with the sad news of the passing of Party stalwart, Thomas “Arawak” James.

In the words of Cicero: “The life given us, by nature is short; but the memory of a well-spent life is eternal”

Many may not know that Arawak, as he was more commonly known, though he resided at
Ravine Chabot, Castries, was originally from La Pointe, Micoud. And that in 1979, in a period when people were petrified of becoming Labour candidates in the then UWP stronghold of Micoud North, Arawak raised his hand and took on Labour’s fight against UWP’s Rodney Jn Baptiste.

His 319 votes compared to Jn Baptiste’s 1870, may be considered meager, but it represented the first notable step forward for Labour in that constituency where all previous Labour candidates had lost their deposits.

Arawak saved his deposit. And from that point, Labour continued to see gradual progress in its fortunes in Micoud North. Arawak lived long enough to celebrate, forty-two years later, the capturing of the Micoud North seat, by his cousin, Hon. Jeremiah Norbert, in the July 26, 2021 general elections.

No doubt the elevation of his Parliamentary Rep, Hon Philip J. Pierre, to the seat of Prime
Minister would have multiplied his joy.

He had remained resolute in his support for the Hon Prime Minister throughout his six (6) consecutive electoral victories in the constituency of Castries East.

PM Pierre had the good fortune of being able to recognize Arawak’s contribution to both Party and community at the last SLP Castries East Constituency awards ceremony in April 2019.

One member of the SLP Women’s Organization had this to say on hearing of Arawak’s death: “So sad. I can say Arawak was a friend. He was so generous and accommodating to the ever-changing demands of the SLPWO. He was sincere in his support of the party.”

Despite his unwavering loyalty to the Labour Party, Arawak made the services of his screen
printing operation at Ravine Chabot, available to both SLP and UWP alike. In fact some of
Arawak’s closest friends were well-known supporters of the UWP.

He never allowed his steadfast support for the Labour Party to be the cause of disharmony. He never extended political arguments to the point of bitterness.

We will be forever grateful for the loyalty and dedication extended to the Labour Party by
Thomas “Arawak” James and we share in the grief and loss being felt by his dear wife and the rest of his family.

Political Leader, Philip J. Pierre, speaks for the entire Party when he says:
“The Labour Party will never forget Arawak’s persistent support through both the good
times and the bad times. He cannot be replaced.