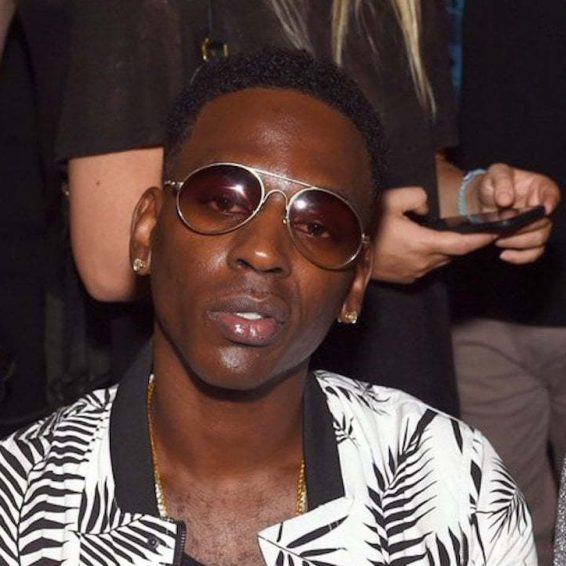 The photos of two armed suspects have been circulating on social media as fans of Young Dolph continue to react to the murder.

On Thursday, police confirmed that the photos of the two men seen wearing face masks and holding guns were wanted for the fatal shooting of Young Dolph. In the photos circulating online, the men can be seen in one frame, while other angles of photos of the men also show the rapper’s vehicle in proximity to them.

Young Dolph was shot and killed on Wednesday inside Makeda’s Cookies, a local business he was known to visit frequently in South Memphis.

The police have so far made no arrest. The Memphis rapper, whose real name is Adolph Robert Thornton, Jr., came onto the scene and quickly rose as a rapper to watch out for his debut studio album, ‘King of Memphis’, in 2016.

While he has never moved out of his city, the rapper has developed a reputation for being generous and giving to his community.

At the time of his death, he was set to hand out turkeys to the poor and needy at St. James Missionary Baptist Church in Memphis on Friday between 2-5 p.m.

Memphis police released a statement on Wednesday referring to the shooting as “senseless” and noted, “our hearts go out to the Thornton family and all who were affected by this horrific act of violence.”

In addition to his debut album, Young Dolph has three other albums that reached the top 10 in the Billboard 200, including his latest work, ‘Rich Slave’, released in 2020, being his most successful album, peaking at number four on the Billboard 200.

The murder of Dolph comes after several unsuccessful attempts to end his life in the past.

In an attempt in 2017, more than 100 shots were fired at the rapper’s bulletproof SUV in Charlotte, North Carolina. However, the rapper was not injured and later released a song called “100 Shots”, where he jeered the shooters.

Also, in 2017, he was involved in another shooting outside of a hotel in Los Angeles.

According to the Los Angeles Police Department, following the incident, the shooting happened following an argument with three men, “which escalated to a physical fight. At one point, Young Dolph was knocked to the ground. And then one of the suspects pulled out a handgun and began shooting at him.”

Young Dolph was injured in that incident and had to seek medical attention. He was later taken to a hospital and underwent surgery.

The police have not said if the shooting death of Dolph is connected to any of the past incidents and are still investigating.