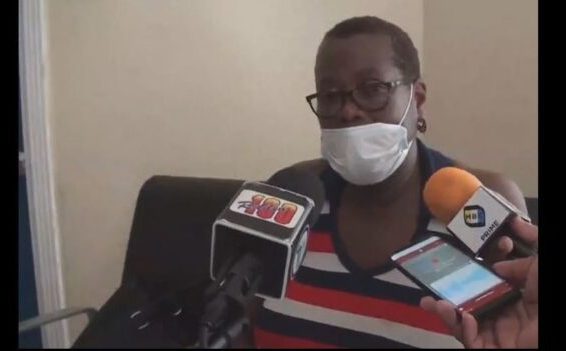 The mother of Saint Lucia’s 61st homicide victim is living a nightmare after her son Chad Charlemagne’s fatal stabbing and the arrest of Chad’s brother in the police investigation.

Thirty-one-year-old Chad of Hospital Road, Castries, sustained a stab wound to the chest last week on Jeremie Street, Castries, resulting in the blade sticking in his chest.

An ambulance rushed the victim to the OKEU Hospital, where he succumbed, and police arrested the deceased’s brother. The latter is currently in custody amid reports of previous tensions between the two men.

“The family is in a mess,” Martina Charlemagne, the mother of both men, told reporters. “Right now I have to bury one and I have to stand for the other one. I cannot sleep, eat. I am mourning.”

Martina urged families to reconcile their differences before it was too late.

“I am saying to the brothers and relatives out there, try to put peace in you-all families and make peace instead of it leading to that same thing because it is not easy. It is not an easy thing to carry. I am haunted, tormented. It’s like I am in a dream and I cannot wake up from it,” the mother explained.

She also appealed for sensitivity as the family copes with the current tragedy, urging social media trolls who have gone on the attack to stop.

“This is not the time for that,” the distraught mother told reporters.