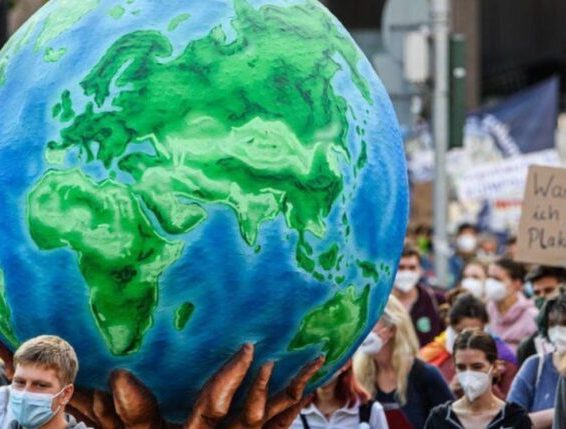 ‘Moment Of Truth’ As World Meets For Climate Summit

Speaking before the two-week conference, he urged leaders to make the most of it: “The question everyone is asking is whether we seize this moment or let it slip away.”

COP26 President Alok Sharma said agreement would be “tougher than what we achieved in Paris” five years ago, when almost all the world’s nations agreed a treaty to “pursue efforts” to limit the global temperature rise to 1.5C.

“This is on leaders,” he told BBC One’s Andrew Marr Show. “They need to come forward and we need to collectively agree how we are going to meet this goal.”

He said “we expected more” of countries such as China, the world’s largest carbon emitter, and called the summit a “real opportunity” for them to show leadership.
Day one of the summit will see a report on the state of the climate released by the World Meteorological Organization (WMO).

The WMO’s provisional report by climate scientists will compare global temperatures this year so far with previous years.

The past decade was the warmest on record, and governments agree urgent collective action is needed.

The United Nations gathering is one of the biggest summits the UK has ever hosted, and was delayed for a year because of the pandemic. COP stands for “conference of the parties” and it is the 26th such conference.

Most of the leaders will arrive late on Sunday evening. Many are travelling from another summit, the G20, in Rome.

Sunday is largely a ceremonial opening day, with various speeches from people including Abdulla Shahid, the president of the UN General Assembly and Foreign Minister of the Maldives. The low-lying islands of the Maldives are threatened by climate change because of rising sea levels.

Countries from every region of the world will have representatives in Glasgow, ready to discuss their plans to cut emissions by 2030.

They all agreed in 2015 to make changes to keep global warming “well below” 2C above pre-industrial levels but since then, as extreme weather events have intensified, climate scientists have urged nations to aim for 1.5C to limit the risk of environmental disaster.

Headline photo: There have been protests to demand climate change action around the world in the lead up to COP26, such as this one in Dusseldorf, Germany