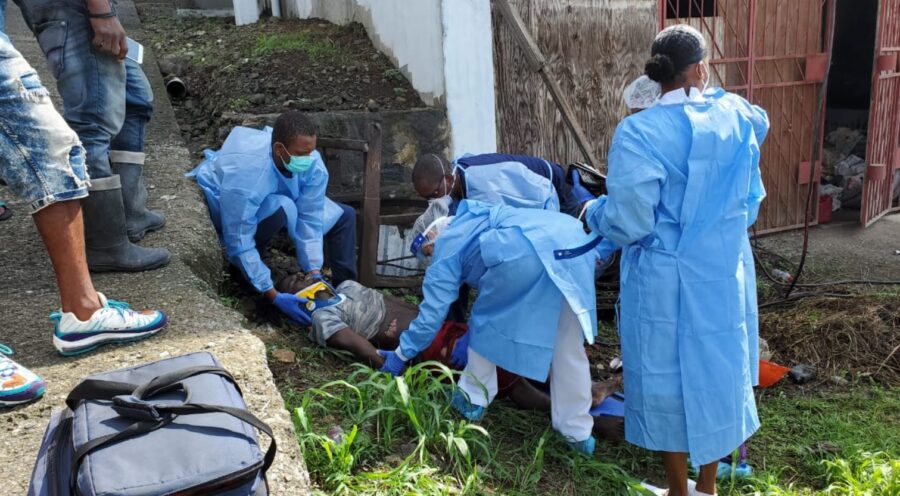 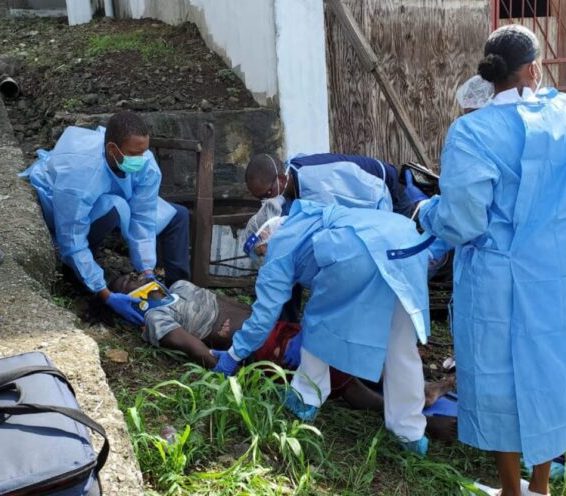 Emergency personnel transported a male individual to the hospital Wednesday afternoon after a freak accident in La Clery, Castries, about 1:20 pm, eyewitnesses day.

The man, identified by community residents as Mervin Dorville alias ‘Cong,’ was reportedly on a ladder while power washing a building when he suffered an electric shock.

“Mate was going down the ladder, so I don’t know if is the ladder that touch the wire, but I just hear ‘Bhow,’ and I see the man on the ground, so I say mate dead, then I see the man shift I say he ain’t dead so I say praise the Lord he ain’t die,” an eyewitness explained.

The victim sustained burns about the body and appeared to be alert and responsive as emergency responders from the Saint Lucia Fire Service (SLFS) and medical personnel from the nearby La Clery Health Centre tended to him before an ambulance transported him to the hospital.

“The burns – is the current that do him that. By all means, if current take you, you must get burn. I believe is the ladder that touch that wire because you can see the kind of smoke. It was a lot of smoke, so I say, ‘Thank the Lord he survive that,'” the eyewitness told St Lucia Times.

Community residents recalled that a few years ago, a similar incident occurred in which a male individual suffered an electric shock at the exact location.

“That wire just not good. That wire too close to the building,” one resident asserted.