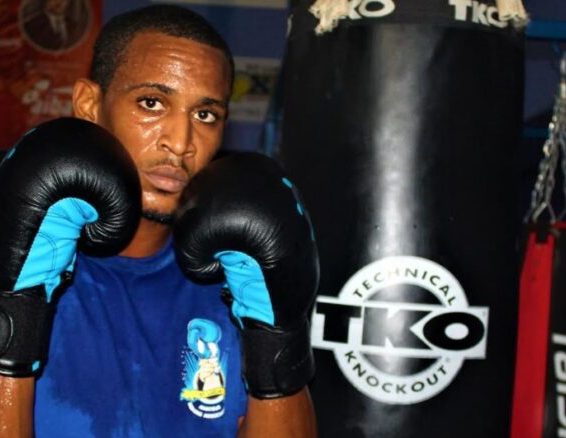 Press Release:– At first glance, Kyghan Mortley comes across as unassuming and easygoing. Even in conversation, his words are slurred and few. But as soon as he gets into his training gear and starts going through his routine in the gym, you begin to suspend those first impressions.

Mortley is among the many boxers honing their pugilistic skills at the Vigie gym run by the St. Lucia Boxing Association (SLBA) under the guidance of National Head Boxing Coach, Conrad Fredericks.

Twenty-seven-year-old Mortley, who hails from Chase Gardens, Castries, got into boxing in
2009 on the advice of another boxer, Dalton “Hurricane” George. Twelve years later, he still
recalls the moment that took him from critiquing boxing match to actually competing in matches.

“I was watching highlights of a local boxing tournament on the evening news and kept telling myself that had I been in the ring, I would have done things differently,” Mortley explained.

“When I ran into Dalton later, he convinced me to give boxing a try, and I did.”
Throughout the past twelve years of his boxing career, Mortley has faced many ups and downs, including injuries. For example, in 2014, a shoulder injury caused him to take a break from the sport for three years before returning in 2017.

“It wasn’t how I expected it to be, but I did well,” he said. “I even considered quitting. Then the pandemic hit and I had no intention of returning to boxing because the passion was no longer there. I started doing push-ups and sit-ups at home daily. But my friend, Josiah, encouraged me to get back into the sport, which I did.”

As team leader for the boxing contingent hoping to represent Saint Lucia at the upcoming Commonwealth Games in Birmingham, England, next year, the “Hitman” is training more regularly as he hopes to be a huge hit at the Games.

“I’ve never been in an international competition before, so I’m training like my life depends on it,” Mortley stated. “I hope to give it the best shot I can and be on that podium.”

One of the main challenges Mortley faces as a boxer is that he also has a regular day job after which he has to head to the gym to train. It’s not always easy, he admits, because his work hours sometimes run later than they should. With the curfew currently in place that limits movement, he has fewer hours to train at the gym, but makes up for it by training from home on mornings.

Since taking up boxing as a teenager, boxing has served as a solid foundation for Mortley, who has dreams of not only continuing to win gold, but also impart his skills to other boxers as a future coach. Having learned much about and gained much from the sport thus far, he continues to think and plan long-term.

“I would encourage people to take up the sport,” Mortley advised. “Boxing has helped me in
many ways, including keeping me physically active. I intend to build on my career as a boxer and eventually open my own gym. Who knows, maybe even compete against Coach Conrad.”