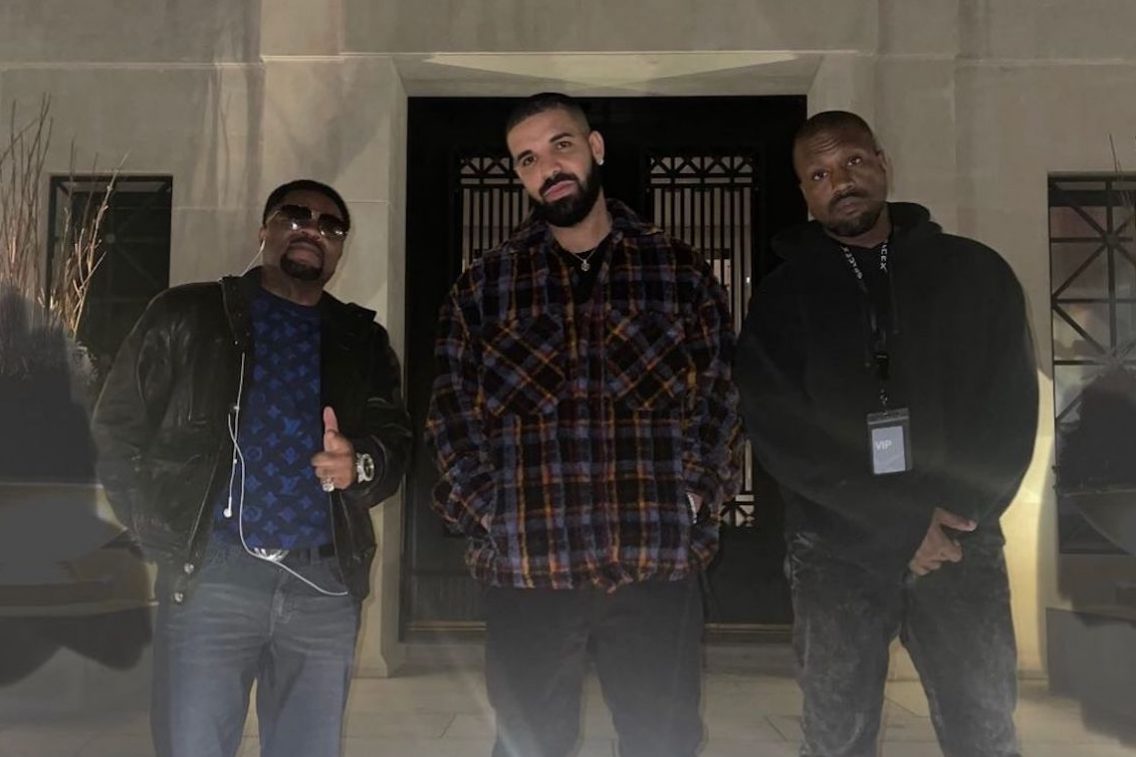 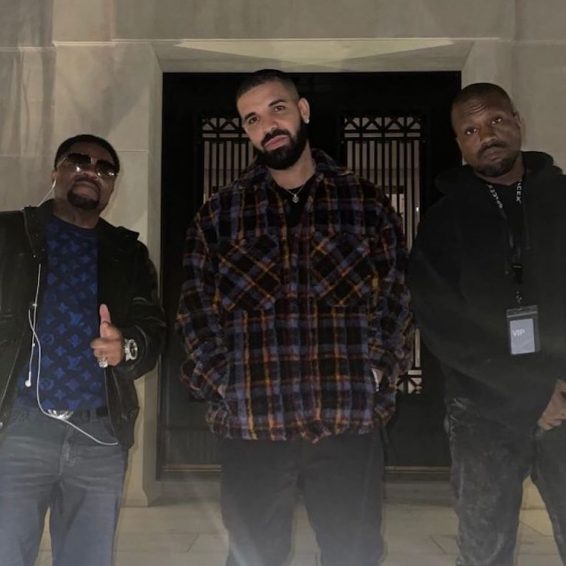 Drake and Kanye West reunited on Monday night after almost five years of feuding. The two rappers met up on Monday night and squashed their long-standing beef, which led to them agreeing to perform together in concert sometime in December.

According to DJ Trauma, the rappers met up and decided on a truce. “Wow Drake has a big house who would’ve guessed? Just witnessed Drakes [sic] and Kanye reconciliation last night what a night for Hip Hop,” the DJ posted on his Instagram Stories.

Kanye West later shared a photo of himself standing with Drake and J Prince at the 6 God’s mansion in Toronto. judging from the photo, the three possible took some time to chop it up.

Meanwhile, who was privy to the meet-up noted that the two men had dinner together before attending the Dave Chappelle show in Toronto.

Drake also shared a video clip of himself and Kanye West enjoying Dave Chappelle’s show with some friends.

In a statement on video, Kanye confirmed that he and Drake had buried the hatchet.

“Yow this is Ye and J.Prince. I’m making this video to address the ongoing back and forth between myself and Drake. Both me and Drake have taken shots at eachother and its time to put it to rest,” Ye began.

He continued that the joint performance would be in efforts to free Larry Hoover, who is presently in jail.

“I’m asking Drake on December 7 to join me on stage as a special guest to share the two biggest albums of the year live in Los Angeles with the ultimate purpose being to free Larry Hoover,” he said.

The two rappers have been beefing since 2018 and have taken several public shots at each other. The competition came to a head earlier this year as the two rappers apparently tried to outdo each other with their album releases around the same time.

Kanye had also set his album on the same date as Drake but ended up dropping his album before Drake’s September 3 drop.

Both men also traded disses at each other in the weeks leading up to the album drop. Meanwhile, the Truce was expected as J. Prince, and Larry Hoover Jr. have been pushing Drake and Kanye to reconcile over the past few weeks.