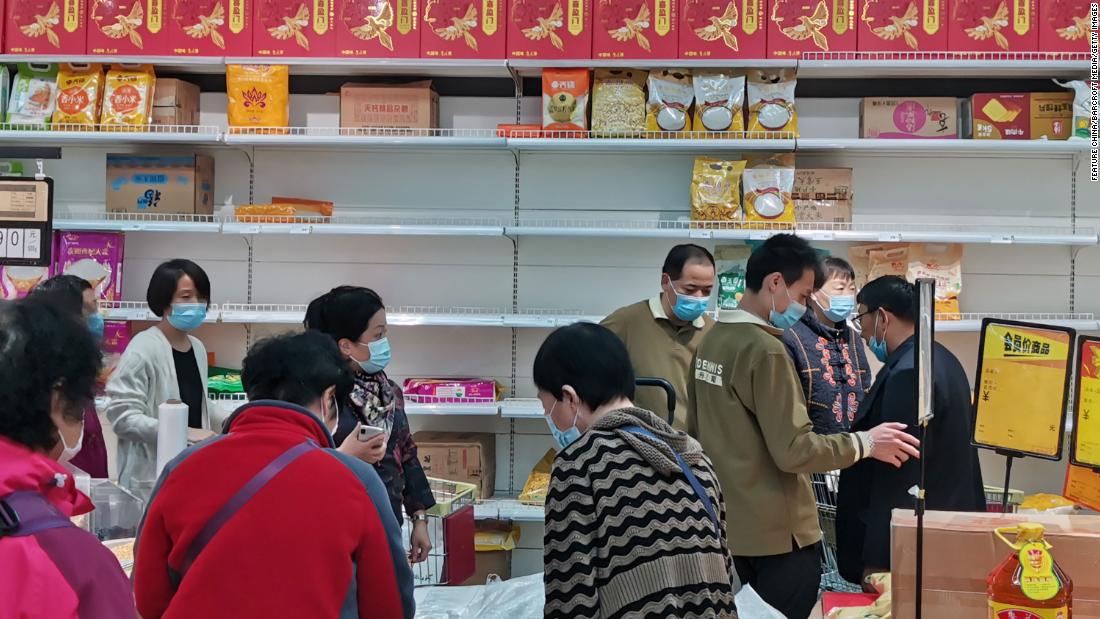 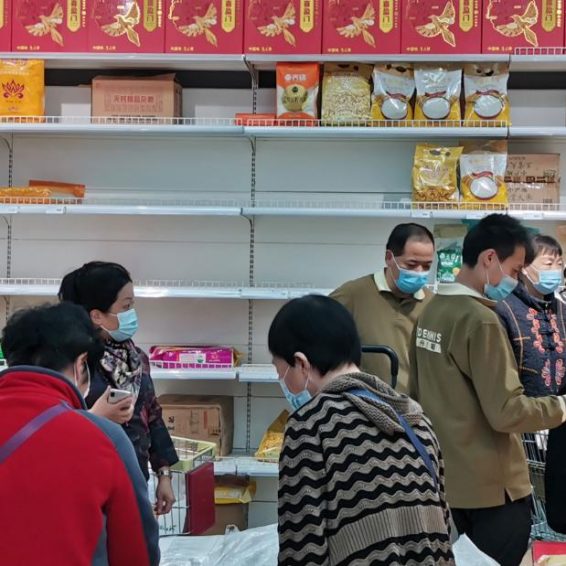 How a warning about food supply sparked panic buying in China

1 month ago·4 min read
ShareTweetPinShare
Home
World News
How a warning about food supply sparked panic buying in China
The content originally appeared on: CNN
But the government’s latest attempt to head off concerns about pricing and supply appears to be spiraling out of control.
A missive about stockpiling food from China’s Ministry of Commerce sparked panic buying among the public and frenzied online speculation this week.
At first glance, the notice doesn’t seem too different from the typical directives the Chinese government has sent in the past stressing the need to shore up supplies.
This one orders local authorities to ensure that their citizens have an “adequate supply” of essentials this winter. It also instructs those governments to keep food costs stable — a point of concern in recent weeks, as extreme weather, energy shortages and Covid-19 restrictions threaten supply.
Read More
China is urging families to stock up on food as supply challenges multiply
But Monday’s directive has attracted the attention of everyday Chinese in a way that few other government notices have.
In part, that appears to be because it includes rare language about the need for local authorities to encourage families to stockpile “daily necessities.” Even if the notice wasn’t intended for the average household to read, many online have seized on it as a personal warning.
The government “didn’t even tell us to stock goods when the Covid outbreak erupted in early 2020,” wrote one user on the Twitter-like Weibo service earlier this week.
The reaction has since escalated. One video posted on Weibo by the state owned news magazine China News Weekly shows long lines of shoppers at grocery stores in Changzhou, a city in Jiangsu province. Their carts are stacked full of produce and other supplies, while shelves throughout the stores are empty.
Food is a very sensitive issue in China. The Great Chinese Famine during the 1950s and 60s led to the deaths of an estimated tens of millions of people.
The tragedy remains within living memory for many in the country. And while China’s economy has since undergone a dramatic transformation, concerns about food security linger: The government, for example, recently unveiled an “action plan” encouraging people not to order more food than they need, and to report restaurants that waste food.
Still, the unease caused by the commerce ministry notice has been unusually intense. Rampant speculation has even linked the call to stockpile food with rising tensions between Beijing and Taipei. China considers Taiwan an “inseparable part” of its territory, even though the Chinese Communist Party has never ruled the self-governing island.
There’s nothing whatsoever to substantiate any rumors that China is preparing for imminent war. But the online panic does suggest some brewing tension, according to Willy Lam, an adjunct professor in the Department of History at the Chinese University of Hong Kong.
“It is a reflection of the tense geopolitical situation between China and neighboring countries,” he said.
In authoritarian China, eating freely is a cherished activity. Now a food waste campaign wants to control meals, too
Lam also pointed to several economic anxieties that may be contributing to the turmoil. This year’s energy crunch forced factories to suspend some production and triggered blackouts for households — problems that in some cases “happened without any prior notice from the government,” he said.
“It reflects the anxiety of the people regarding further drastic rises in food [costs] and also a mistrust of the government,” Lam added.
The Chinese government and some state media outlets have tried to allay fears about food shortages.
Zhu Xiaoliang, a commerce ministry official, told state broadcaster CCTV this week that there’s plenty of supplies to go around. Zhu stressed that the directive was intended for local authorities.
The Jiangsu Department of Emergency Management, meanwhile, acknowledged concerns about “emergency supplies” on its WeChat account Tuesday. But the agency said any recommendations for stockpiling are “normal” and intended to “improve the public’s awareness of disaster prevention.”
The government’s commitment to a zero-Covid policy — even as countries around the world reopen and learn to live with the coronavirus — is also likely a factor. Just a single case can spur Chinese authorities into action, locking down entire areas and carrying out mass tests or quarantine requirements.
Such measures “will likely impact residents going to shops, and also impact the operating hours of markets,” said Chenjun Pan, a senior analyst at Rabobank who researches agriculture in China.
Wang Hongcun, an official with the Beijing Municipal Commerce Bureau, acknowledged last week that strict containment measures may be contributing to the rising cost of food, adding that the cost of transiting across regions could increase. He pointed out that the prices of some vegetables in the nation’s capital had soared 50% or more in October.
Lam said Beijing is not likely to change course, either, meaning that cities have to prepare to endure potentially long lockdowns as the government tries to keep its coronavirus case count low.
“This is a preparation for the fact that these lockdown conditions will continue, even though by and large, the total numbers for China are actually very low compared to other countries,” he added. “It’s unlikely that Beijing will stop this zero tolerance policy.”
— CNN’s Beijing bureau contributed to this report.