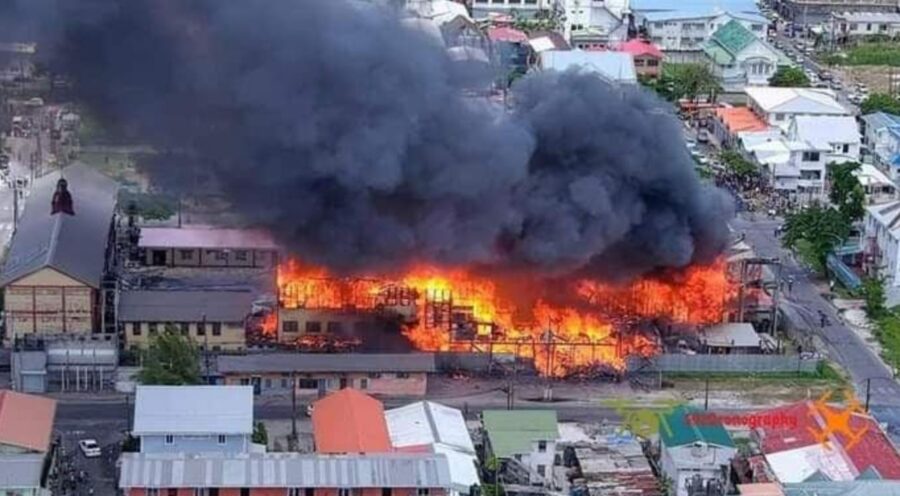 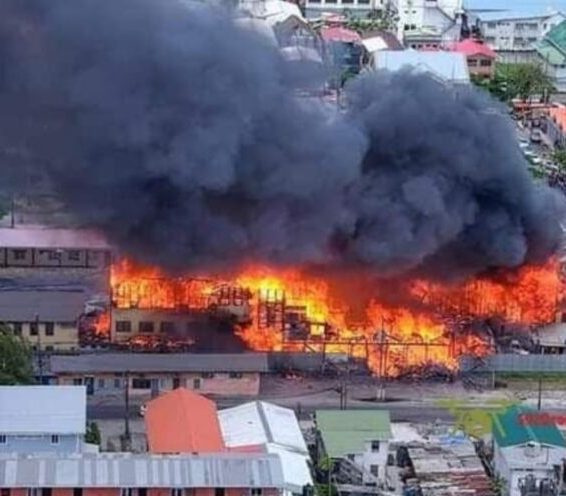 Stabroek News:- A fire of unknown origin destroyed more than an estimated 80% of the Brickdam Police Station on Saturday, dealing a huge blow to the operations of the Guyana Police Force in the capital city. The century-old structure housed the headquarters for Region 4A, which spans from Cummings Lodge to Agricola, and the Guyana Police Force (GPF) last evening sought to assure citizens that operations would not be affected as it announced that temporary offices and outposts have since been established at the nearby Stanislaus College. While there were no casualties, GPF spokesman Mark Ramotar last night said a few