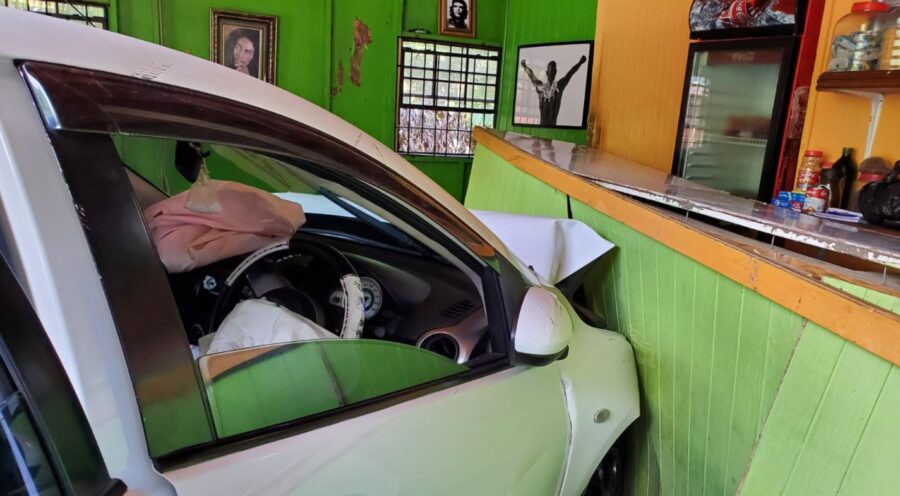 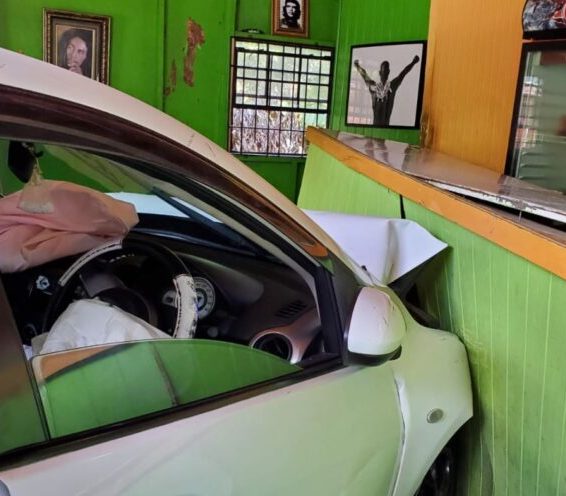 “Emergency personnel found and assessed four individuals who were involved in the incident. The patients, who sustained various injuries on their bodies were immobilised and transferred to the awaiting ambulances where their wounds were treated and they were provided rapid emergency transportation to the OKEU Hospital for further medical care,” Joseph stated.

An eyewitness told St Lucia Times that a Mazda Demio motorcar was being driven by a female behind a minibus that stopped suddenly as both vehicles were heading down Active Hill.

The eyewitness quoted the female driver as saying that she was not driving at a fast pace but hit the bus.

“In panicking she lost control,” the eyewitness disclosed, adding that the Mazda motorcar ran into a shop, where the female shopkeeper escaped unscathed but said afterward that she was thankful to be alive.

According to reports, four individuals, including a child, were in the motor car at the time of the accident.

A resident of the community later discovered a frightened kitten in the car.

The animal had apparently crawled under the one of the front seats after the accident occurred.