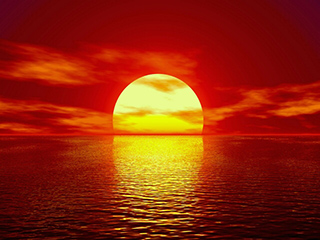 The parliament debated a 13-point resolution on climate justice for citizens of the Caribbean. The parliamentarians, who represented the countries of Antigua and Barbuda, the Bahamas, Barbados, Belize, Cayman Islands, Dominica, Guyana, Haiti, Jamaica, Saint Lucia and Trinidad and Tobago, spoke in strong support of the resolution, from the perspectives of youth, health, education, human rights, agriculture and tourism, vulnerable populations, biodiversity, community empowerment, trade and investment, and foreign policy.

Among several other points, the resolution called on the international community to do the following:

States with the greatest responsibility for anthropogenic climate change to provide the required financial and technological resources to countries in the global south to help them respond to the myriad impacts of climate change
Embark on an urgent and sustained global effort to close the mitigation ambition gap and place the world on a pathway that will limit the average global temperature increase to 1.5oC
Implement a Global Carbon Tax on all major emitters of greenhouse gases, with the proceeds to be paid into a fund to address loss and damage in developing countries
Provide support for the Caribbean Community (CARICOM) in its drive to recapitalize the Caribbean Catastrophe Risk Insurance Facility (CCRIF)
Ensure that the outcomes of COP 26 result in the full and effective operationalization of the Paris Agreement

The parliamentarians also strongly advocated “for the inclusion of youth representatives in all national and regional meetings and committees on climate change and climate resilience in CARICOM Member States and in all Member State delegations to the Conference of the Parties (COPs) under the UNFCCC”.

The youth parliament ended with a closing ceremony that was addressed by Dr. Colin Young, the executive director of the Caribbean Community Climate Change Center, Rueanna Haynes, an international climate law and governance specialist, Kendel Hippolyte, an acclaimed poet, playwright and climate activist, Anya Edwin, the vice chair of the CRYC, and Dr. James Fletcher, the founder of the Caribbean Climate Justice Project. The parliament was live-streamed by UWI TV and the Jamaica News Network.