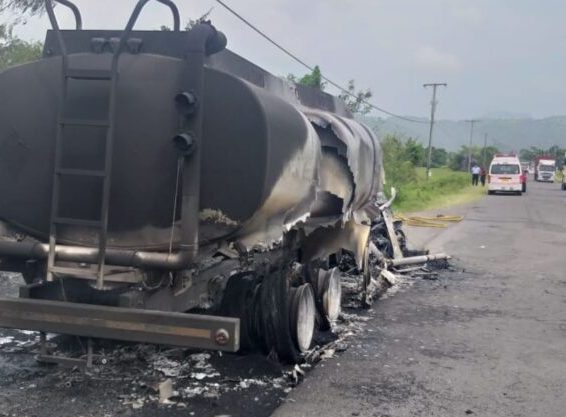 Firefighters from the Saint Lucia Fire Service (SLFS) Headquarters in Castries Wednesday afternoon about 1:19 pm responded to a report of a fuel tanker on fire along the Millennium Highway.

Station Officer Constantine Defreitas told St Lucia Times that emergency personnel responded with an ambulance and a fire truck and found that the tanker was fully engulfed.

No one was injured, and the incident is currently under investigation. There are no further details at this time.