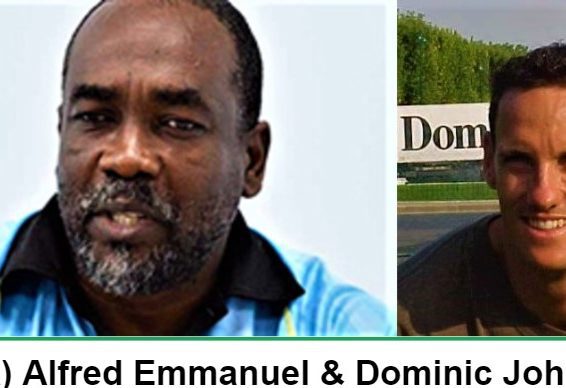 Johnson’s endorsement of Emmanuel, the SLOC’s current General Secretary who has served in that capacity for the past 25 years, came on Monday this week during a telephone interview with journalist, Stan Bishop.

“Mr. Emmanuel is obviously very experienced and I’ve always known him to be an excellent
administrator,” Johnson said. “Even when I was an athlete, in speaking to some of the other
regional associations, they always commented that Alfred was always the first to turn in the required information. So I think he’s fairly well organized and obviously well-established within the Olympic movement. I’ve always had a positive experience with him.”

Besides the Olympics Games, Johnson said he witnessed firsthand Emmanuel’s efficiency as an administrator at several other sports meets he attended. He believes Emmanuel’s experience and dedication to sports administration are a perfect fit for the new role.

Johnson won gold at the Central American and Caribbean Championships in 1998, 2001 and 2002. He also represented Saint Lucia at the Olympic Games in 1996 (Atlanta), 2000 (Sydney) and 2008 (Beijing). He hopes to see Emmanuel continue the SLOC’s work of assisting athletes from the early stages.

“I think that’s being done now, but even more can be done,” the three-time NCAA All-American in pole vault and decathlon, said. “Start the kids as early as possible. I know that’s not always possible to keep every kid focused forever, but grassroots Olympic youth programmes can be good.”

Since being elected Public Relations Officer (PRO) of the Saint Lucia Athletics Association
(SLAA) in 1989, Emmanuel climbed the ranks, becoming a long-serving President of the SLAA.

He currently serves as Chairman of the Olympic and Culture Commission for Pan Am Sports
and is a member of the Coordination Commission for the 2025 Pan American Junior Games.