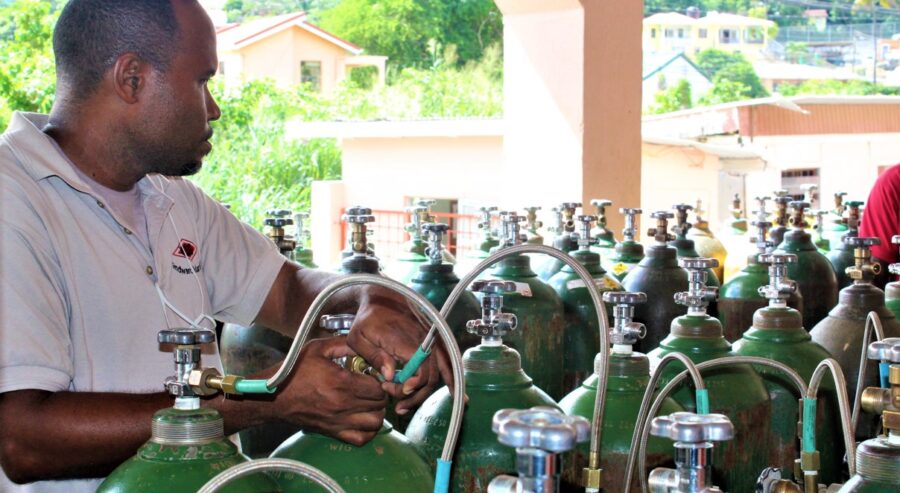 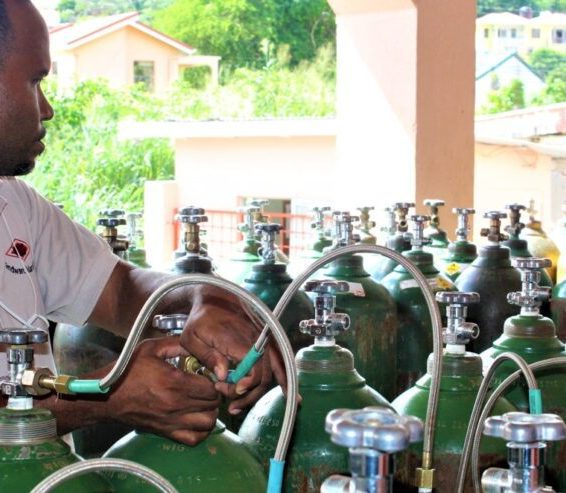 Press Release:- For the nearly two years since the COVID-19 outbreak, Windward Island Gases Ltd. has seen the demand for its services increase probably the greatest in the company’s 50-year history. However, the company’s General Manager says meeting that demand has been successful.

However, when the pandemic hit, the company had to beef up operations to meet local demand, especially for oxygen.

“Since the beginning of the COVID-19 pandemic, the demand for oxygen has spiked, particularly when there’s a new wave,” said Lucas Lubin, the company’s General Manager. “In the most recent fourth wave, the demand for oxygen at the Respiratory Hospital was around 300 cylinders per day. Typically, that hospital would require that same amount of cylinders for a two-week period.”

To put that into context, each cylinder has between 200 and 220 cubic feet of oxygen compressed at about 2000 psi.

Despite the high rate of hospitalization for COVID-19 during the fourth wave, and the company being able to continuously meet the high demand for oxygen from the onset of the pandemic, Lubin urged citizens to not become complacent. Everyone, he says, has to do his or her part to make the country safe.

“The pandemic has posed a challenge to the company’s performance, but we were able to meet that challenge head-on and deliver a steady supply of oxygen,” he said. “All of the four waves have progressively been worse and there is nothing to indicate that a fifth wave will not occur. We all just have to do our part to prevent this from happening, or, if it does happen, try to mitigate it as much as possible.”

Lubin expressed gratitude to the company’s staff for the hard work and dedication they have displayed during these trying times, including adapting to the two 12-hour shifts, seven days a week, to ensure that the production cycle meets the increased demand for oxygen.