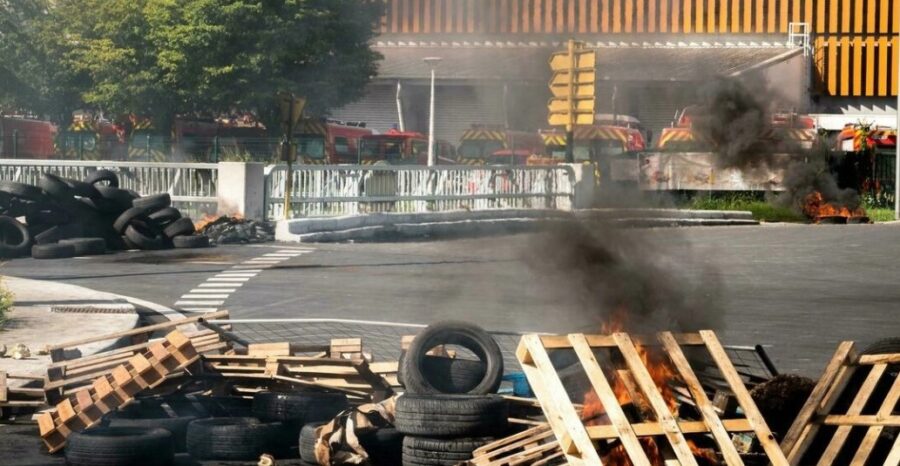 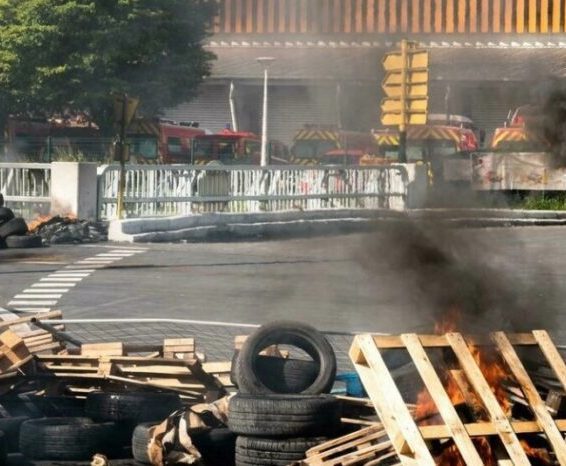 ALJAZEERA:– France is sending dozens of special forces to restore order in the Caribbean island of Guadeloupe following rioting, looting, and gunfire directed at police officers during protests against COVID-19 measures.

Speaking to reporters on Saturday, French Interior Minister Gerald Darmanin said France will send about 50 members of the GIGN and RAID elite tactical forces of the gendarmerie and police to the overseas territory, where stores have been looted, shots fired at police, and 31 people were arrested overnight.

The extra forces will increase the number of police and gendarmes available in Guadeloupe to 2,250, Darmanin said.

“The first message is that the state will stand firm,” he said.

Darmanin said following an emergency meeting Saturday in Paris that “some shots have been fired against police officers” in Guadeloupe and there has been looting. Videos posted on social media showed that street equipment, cars and some buildings have been set on fire.

French media said several buildings in the city center of Pointe-a-Pitre, the island’s largest city, have been destroyed.

The deployment comes after days of unrest with protesters gathering in several towns in defiance of an overnight curfew imposed to quell the violence.

“The night was very turbulent,” a police source told the AFP news agency.

The security forces recorded “some 20 incidents of looting or attempted robbery” in the seaside towns of Pointe-a-Pitre and Le Gosier, including at a jewellery shop, a bank, a betting shop and a shopping centre, the source said.

In the town of Saint-Francois to the east, “gendarmes coming out of the station were threatened by blazing projectiles”.

“Firearms were used against police forces in four different areas” across the island, the source added, with one officer slightly wounded after a stone hit him in the face.

A second source within the gendarmerie said an armoury had been looted.

In the area of Le Petit-Bourg to the west, firefighters had to put out fires in two mobile phone stores, which had also been plundered.

Guadeloupe Prefect Alexandre Rochatte, who represents the French government on the archipelago, on Friday imposed a curfew from 6pm to 5am following five days of civil unrest during which barricades burned in the streets and firefighters and doctors walked out on strike.

In a bulletin on Twitter referring to vandalism, Rochatte later said that damage to electrical works near dams, especially by one in Capesterre-Belle-Eau, was causing outages to many customers and warned it represented an electrocution risk.

Trade unions launched an indefinite strike on Monday to protest the compulsory vaccination of health workers against COVID-19 and health pass requirements.

While most people in mainland France have now received two vaccination doses, rates in its overseas territories have lagged.

By November 16, some 46 percent of adults in Guadeloupe had received at least one jab of a vaccine against COVID-19.