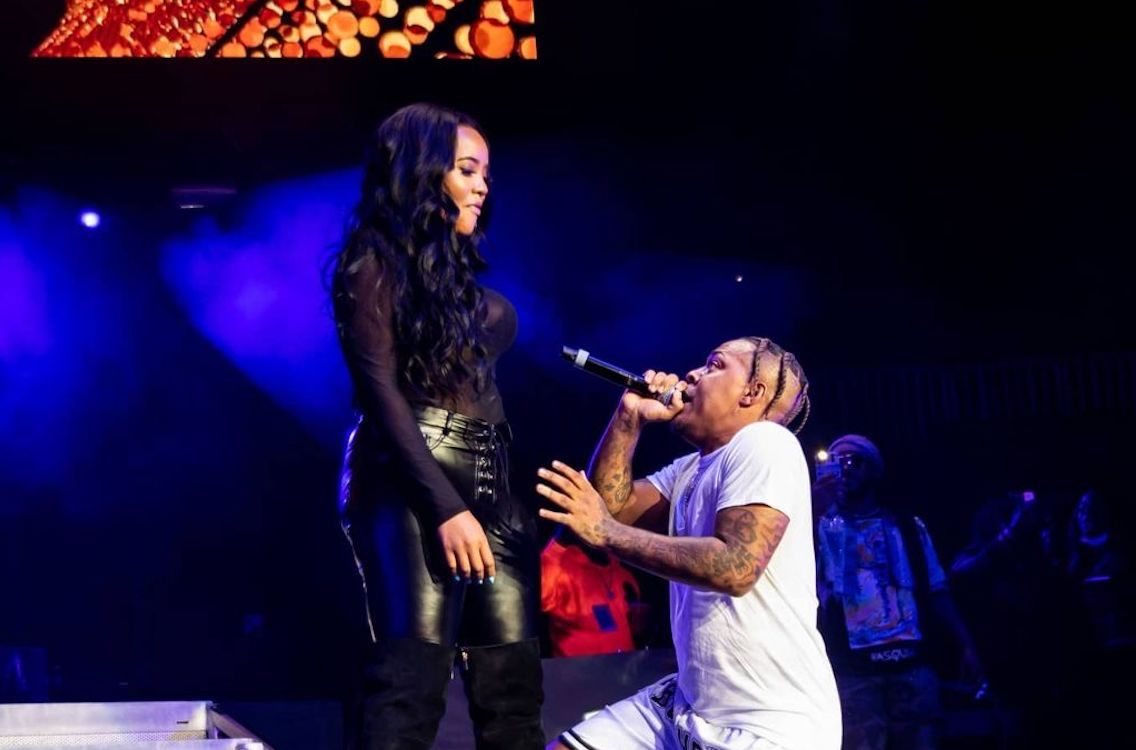 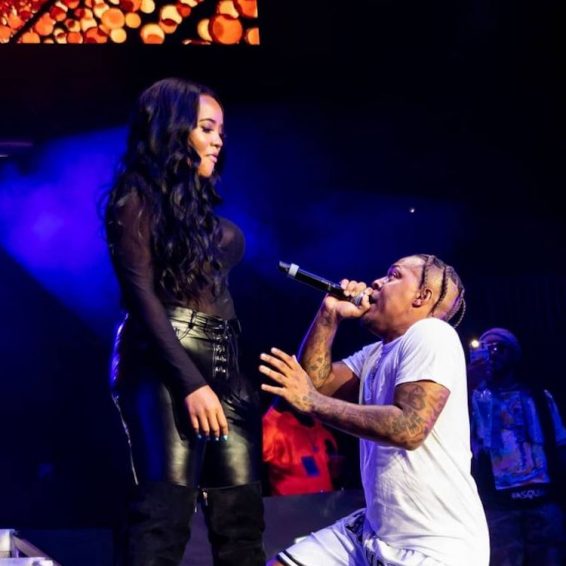 Bow Wow had a meltdown before hitting the stage on the Millenium Tour stop in Atlanta but then he stunned everyone when he got down on his knees and raps to Angela Simmons.

The tour started with a bang, but it seems that all is not well, as Bow Wow is threatening not to appear on the remainder of the tour. The rapper is presently Bow Wow on the 2021 Millennium Tour by Omarion, Yin Yang Twins, Ashanti, Pretty Ricky, Soulja Boy, and more.

On Friday night, the rapper/actor had a meltdown on social media as he indicated to fans that all was not well in the camp.

After wrapping his appearance at the Greensboro Coliseum in North Carolina, the former BET host says there was a lot of drama on the set.

“Too much b–ching and complaining on this tour! Im bussn cats asses EVERY NIGHT! Every night they try and complain and take something away from me! I give 1000% and yall know it! ATL I HOPE YALL SHOW TOGETHER! IMA BUSS YALL A-S FOR 45 mins straight! TRY ME!”

The “Let Me Hold You” artist also threatened to drop out of the tour halfway despite a full roster and fans buying tickets for appearances in Nashville, Tennessee, next week.

“This might be my last show! I’ve had enough!”

While it’s unclear what caused Bow Wow’s outbursts, the rapper says that he regretted joining the tour altogether. He says so far, he has been performing short sets.

“Heres the truth!” he continued. “I do 15 min EVERY NIGHT! I cant even do my full songs. AND I STILL BE BUSTING FOLKS A**! think the fans dont complain about my set being 15 mins? Only way i show up tonight if i do my full set! Straight up!

“I knew I shoulda waited this out. Shoulda rested up and did 2022 with my bro @chrisbrown,” he added.

The Millennium Tour started on October 1 in Los Angeles and is set to end on November 26 at the MGM Grand Garden Arena in Las Vegas, Nevada.

The tour seemed to start off without hiccups, but it seems that things are not so great with Omarion, who shaded Bow Wow earlier.

In response to a post by State Farm Arena, Omarion appeared to shade Bow Wow nicely. State Farm’s official Instagram account posted an announce your of Bow Wow and Omarion appearing on stage together, the first time in 20 years for Bow Wow.

“Almost 20 years ago @Shadmoss took the Phillips Stage Arena and TOMORROW he is coming back with @Omarion with The Millenium Tour 2021.”

In the comments section, Omarion corrected the Arena saying, “actually he’s coming with me but you got it @statefarmarena we will be there tomorrow.”

When a screenshot of his comment was reposted, Omarion further commented, saying he meant no shade.

“Don’t do that. It’s the truth. I asked Bow to come on the road with me 2019 Millenium Tour & two years later he blessed me. That’s my brother @Shadmoss #wegoats.”

Bow Wow ended up performing on the show in Atlanta last night and just like he said he would, he did put on a show. He also brought out Angela Simmons on stage and to fans surprised, he got down on his knees while rapping to her.

She shared the clip on her IG saying, “About last night Great Show ! Great Energy! @shadmoss.”