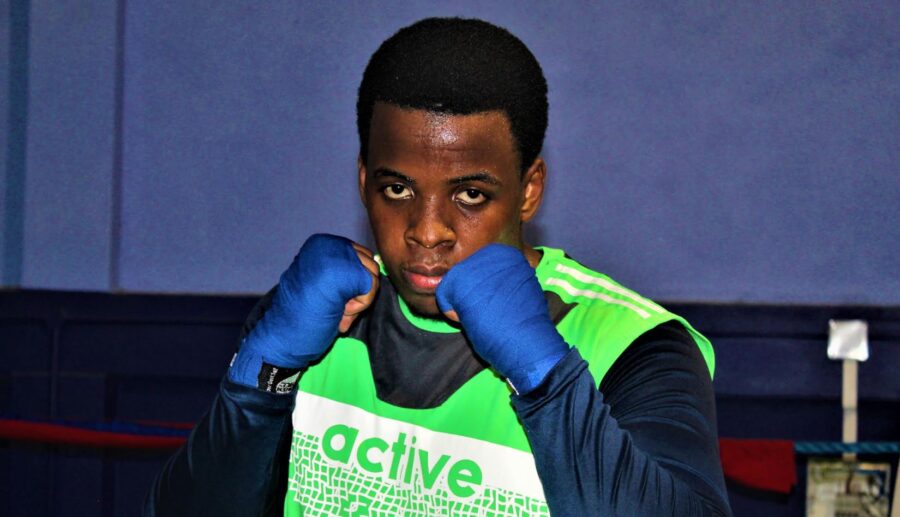 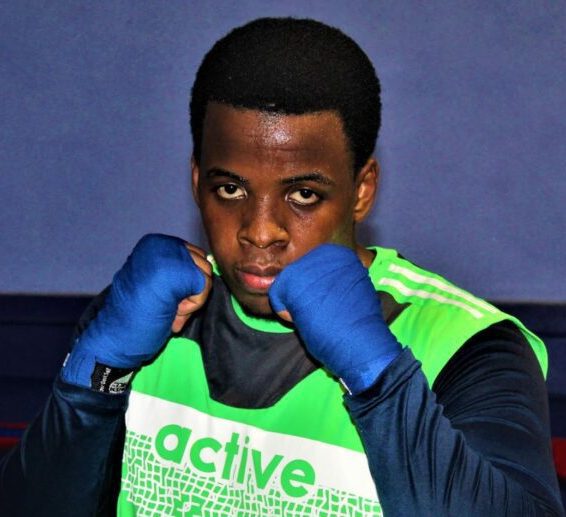 Press Release:– At age 21, Leran Regis’s career as a professional boxer gets closer to being signed and sealed with every jab and combination he throws in the ring. So impressive is he that on the rare chance he misses a workout at the Vigie gym, everyone notices.

Nicknamed “Big Show” by his fellow boxers and boxing coach, Conrad Fredericks, Regis’s
relationship with boxing was forged hand in glove while he attended Corinth Secondary School (CSS). Since then, he’s been punching his way towards his boxing dreams.

“I chose Physical Education as a subject for CSEC, not knowing that I needed to take up a
sport,” said the 21-year-old Babonneau resident. “A friend later told me that I could join the boxing gym at Vigie at no cost. He also told me that boxing is a disciplined sport and that if I trained hard, I can go far in the sport.”

The year was 2016 and Regis was in his fourth year at Corinth Secondary. He met with Coach Conrad, and, after training for a week, decided that boxing was for him. He looked up some videos on YouTube and one of the boxers who really inspired him was the U.S.’s Mike Tyson, whose 20-year career between 1985 and 2005 earned him an impressive record of 50 wins, 6 losses and 2 no contests.

“I love the way he moves, the way he throws his hands, and his fearlessness,” Regis said of
Tyson.

When Regis started boxing, the first few months were really hard. He was 240 pounds, sixteen years old and didn’t really have the speed and athleticism required for the sport.

But he kept on training and Coach Conrad kept on pushing him to the limit. He wasn’t very consistent when it came to training. He came to the gym for two years (Forms 4 and 5), but, after graduating in 2017, took about a year off from boxing.

“It wasn’t planned,” he said. “I just needed to find work immediately, plus other circumstances prevented me from boxing. However, I came back to the gym in 2018 and competed in tournaments, including the Caribbean Development Games, and won a silver medal in the super-heavyweight class. I also competed in the Creole Boxing Championships, but there was no other competitor in my weight class. At the OECS Boxing Championships, I lost by split decision.”

After those defeats and disappointments, Regis would often miss training for a month or two, before finally deciding that he needed to take the sport more seriously to fulfill his dream of becoming a professional boxer.

Today, at 220 pounds, he’s very quick and is as hard to beat as any other boxer in his weight class.

Ever since returning to the gym on the regular, Regis has been training harder and harder. The fuel for his motivation, he says, are the losses he’s had. There’s also a heightened confidence he’s been displaying since Coach Conrad and Boxing Association president, David “Shakes” Christopher, told him he’s been chosen to represent Saint Lucia at next year’s Commonwealth Games in Birmingham, England. From all indications, “Big Show” intends to put on a great show.

WHO Urges Cancellation Of Some Holiday Events Over Omicron Fears

“I’m very dedicated to and enthusiastic about competing at the Commonwealth Games,” the young boxer explained. “It’s caused me to push myself even harder. I work a nine-hour shift day job, so there are days when I’m tired. But I ensure that I always give 100% when it comes to training. I’m really looking forward to bringing a medal home from the Commonwealth Games. In my five years of boxing, I’ve trained hard and grown to become a better boxer. So I know exactly what it takes to bring a gold medal home and I’m willing and ready to do it.”

Having had gold medals slip through his gloves on previous occasions, Regis seems set on
redeeming himself at the upcoming Commonwealth Games slated for July 28 – August 8, 2022, by clinching one.

He will join fellow gym mates, Marissa St. Catherine and Kyghan “Hitman” Mortley as the trio aims to outpunch and outscore their respective opponents.

As he steps into the ring, Regis will definitely be cognizant of following the advice that he offers others.

“If you wish to take up boxing as a sport, know exactly what you want,” Regis stated. “You
should be 100% sure that boxing is something you want to do. Be willing to go head-on into the sport and be disciplined enough to know what it requires. Just keep a positive mindset and stay focused.”