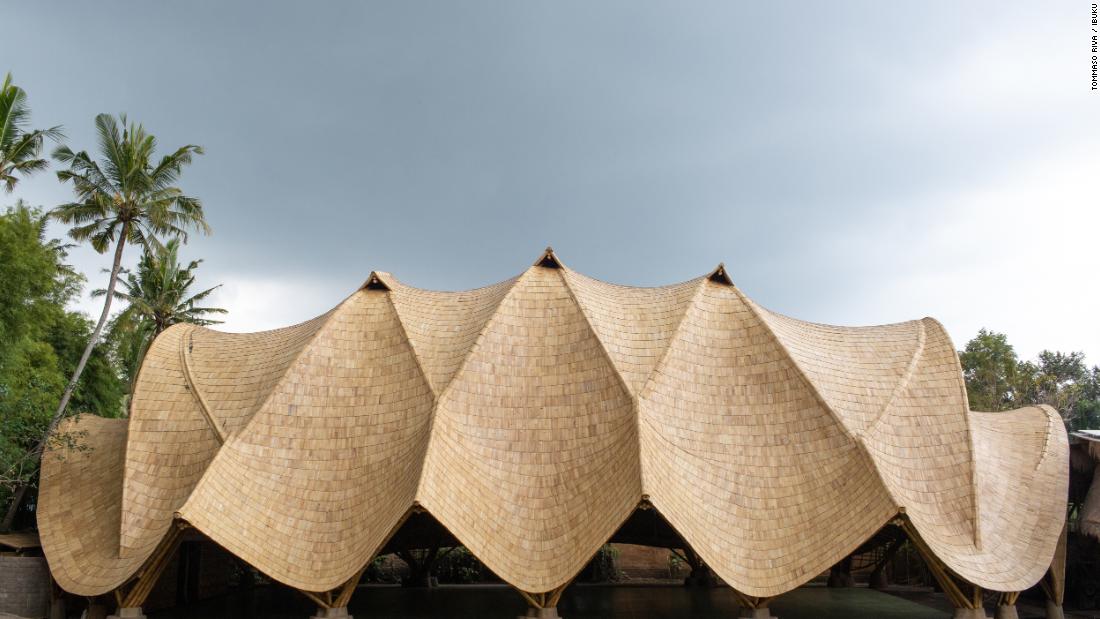 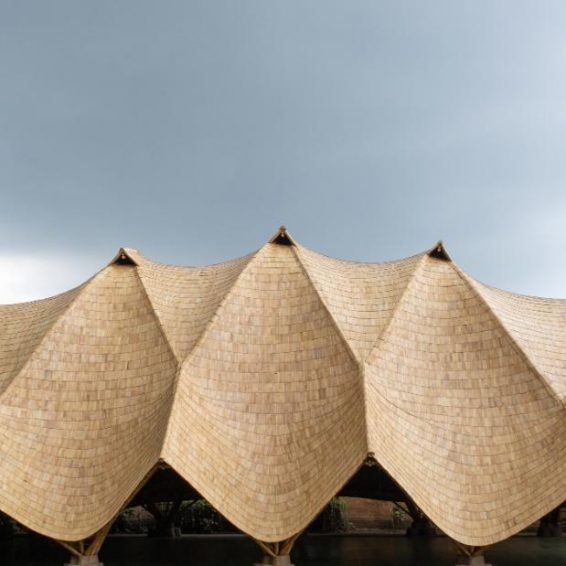 Bamboo has been used for thousands of years in Asia. Now, it could help solve construction’s sustainability problem

2 months ago·5 min read
ShareTweetPinShare
Home
World News
Bamboo has been used for thousands of years in Asia. Now, it could help solve construction’s sustainability problem
The content originally appeared on: CNN

Searching for new ways to build sustainable homes, Earl Forlales decided to look not into the future, but to the past.

His grandparents, like generations of Filipinos, lived in a “Bahay Kubo” — a traditional, boxy, single-story bamboo hut on stilts, indigenous to the Philippines. “Filipinos have been using bamboo (for housing) even before colonial times, for thousands of years,” he says.

Strong and flexible, bamboo is one of the fastest-growing plants in the world: while soft and hard woods can take between 40 and 150 years to mature, bamboo is ready to harvest in as little as three years. When treated and engineered, it can last for decades. Realizing the Bahay Kubo could be adapted to create a contemporary home, Forlales began designing his own bamboo houses.

After winning the “Cities for our Future” challenge run by the UK’s Royal Institution of Chartered Surveyors in 2018, the materials engineering graduate turned his idea into a company, co-founding Cubo in 2019.

The company launched production of its prefabricated homes in November 2020. The structures can be assembled in just a few days and are predicted to last up to 50 years, says Forlales. He hopes that Cubo’s modular designs and use of bamboo can “help accelerate sustainable building” while also providing affordable housing solutions for the Philippines’ housing crisis.

The zero-waste ‘Greenhouse’ is providing a blueprint for future homes

Cubo’s bamboo homes incorporate many aspects of the traditional “Bahay Kubo” including a raised foundation and louvers, a type of window blind that allows natural ventilation and light.

But Cubo has given the bamboo hut a 21st-century upgrade, including modern light fittings and impact-proof polycarbonate windows. The Philippines is prone to earthquakes and typhoons, so the homes have been designed with natural disasters in mind. Metal “typhoon ties” are used as connectors between the walls, roof and floor panels, and the homes are further reinforced with poured concrete foundations, which replace the traditional stilts. While this gives the structures a solid base, concrete contributes to climate change. Forlales says the company is “exploring alternative foundation systems to further make our offering more sustainable” but this is still in the research stage.

The company’s first project was tested very quickly — in December 2020, just days after the first two homes were constructed, the region was hit by a magnitude six earthquake. Cubo’s houses survived unscathed.

Utilizing all available space, loft bedrooms and fitted furniture make the most of these compact homes. Credit: CUBO Modular Inc

Cubo offers four different models, sleeping up to six residents. Each house is made to order and can be customized to include elements such as solar panels on the roof, further reducing the running costs and the carbon footprint of its residents.

The company is currently producing six houses per month, but Forlales says demand is much higher and he’s hoping to increase supply.

“Filipinos warmly welcomed the product, because it’s very familiar,” he says. “They realized that it’s an intuitive evolution for our local bamboo houses.”

The construction industry has been heavily criticized in recent years for its environmental impact. The use of materials like steel and concrete are significant contributors to greenhouse gas emissions, while the extraction of raw resources including stone, rock and gravel degrades landscapes and soils. This has prompted a search for more eco-friendly alternatives.

Is bamboo the building material of the future?

Cubo isn’t the only company to see the potential of bamboo as a strong, sustainable building material. Vietnamese studio Vo Trong Nghia Architects has used bamboo for many of its projects, including the Casamia Community House in the Casamia Resort in Hoi An, while Shenzhen-based Zuo Studio created bamboo pavilions for the Taichung Flora Exposition in Taiwan.

We’ve been using the same bricks for over 5,000 years. This engineer says it’s time for a change.

In Bali, Indonesia, architecture company Ibuku specializes in intricate, large-scale bamboo ‘buildings’. Since 2007, Ibuku has built over 60 bamboo structures, including the Green Village, a sustainable community of 12 luxury villas and the Green School, which has a wall-free campus set in nature.

While bamboo has been used to build small structures for thousands of years, “it’s only now that we have safe, natural treatment solutions that we can consider building multi-story buildings,” says Elora Hardy, founder and creative director of Ibuku. While most of her projects use treated bamboo in its natural form, she adds that with advances in engineered bamboo, there could be “skyscrapers and even whole cities that can be built out of bamboo” in the future.

Engineered bamboo entered mainstream construction in the late 20th century, according to Bhavna Sharma, assistant professor of architecture at the University of Southern California and a member of the task force developing international standards for bamboo construction materials.

“Standards for mechanical testing of engineered bamboo materials are currently being developed; however, areas such as fire performance require extensive study,” says Sharma.

As a strong, fast-growing, and renewable material, bamboo could supplement sustainably harvested hardwoods, says Sharma, with the added benefit of bamboo plantations helping to restore degraded soil and land.

From the exterior structure to interior furnishings, Ibuku shows that bamboo can have varied applications in architecture and design. Credit: Indra Wiras/IBUKU

Helping out a housing crisis

While sustainability is bamboo’s primary advantage, it’s not the only reason Cubo is looking to the fast-growing grass as an alternative building material.

The Philippines is currently facing a severe housing shortage, with an estimated 4.5 million people living homeless in 2021, and a deficit of affordable homes.

Cubo produces three homes in its workshop every two weeks, and then takes three to five days to assemble each one onsite. Credit: CUBO Modular Inc

Cubo’s homes cost between 649,800 Philippine pesos ($12,900) to 1.8 million Philippine pesos ($35,738) — which is roughly comparable to mid-range homes built with conventional materials, says Forlales. However, he aims to bring prices down by streamlining production and increasing automation in the workshop. The company has also introduced a payment plan, to help reduce upfront costs for buyers.

With bamboo naturally growing throughout Asia, each country has “their own species of bamboo that you can use for construction,” says Forlales — creating potential to build cube houses beyond the Philippines, too.

“Around Asia we have millions of square kilometers that are planted with bamboo. So it’s just a matter of tapping into other markets where you can get it,” he adds.