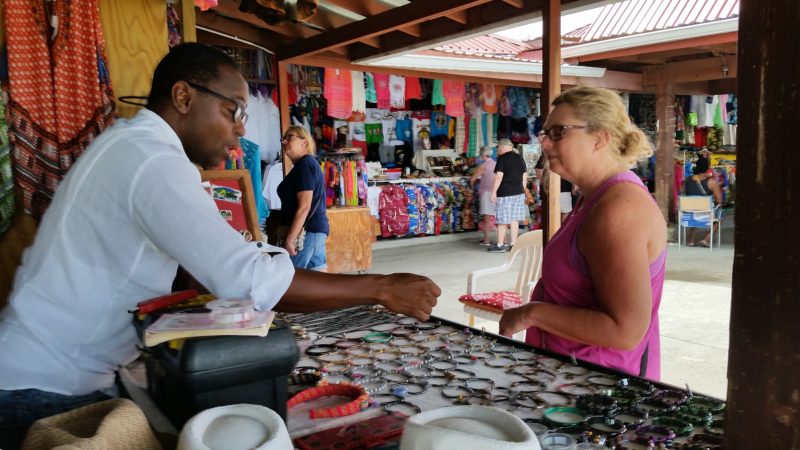 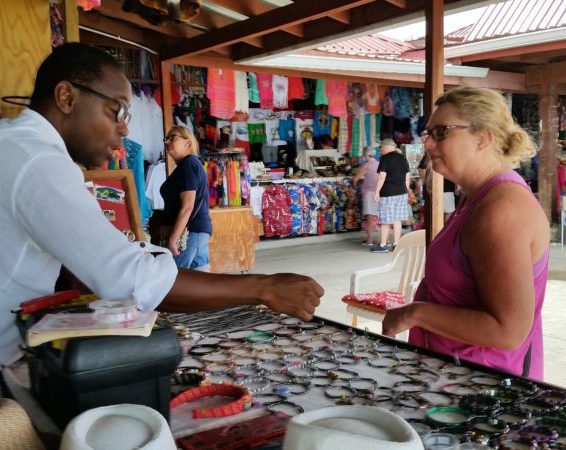 Asserting that it should not become an issue, the President of Saint Lucia’s Vendors Association, Peter ‘Ras Ipa’ Isaac, has defended the quality of goods that vendors in the Vendors Arcade and the Craft Market in Castries sell to tourists.

“Some people are concerned about the quality of goods and the quality of stuff that is sold at the market but vendors are saying that over the years tourists have been coming there and they are coming out with bags. Vendors are not making a million but they are making some money so it should be left up to the tourists to decide what they want to buy no one else should decide,” Isaac told St Lucia Times.

“And some of the stuff frankly that vendors are selling in the Craft Market and the Vendors Arcade you find almost everywhere in Saint Lucia whether in the hotels, La Place Carenage and Pointe Seraphine ,” he observed.

“The quality of goods should not be an issue. I am not saying that more cannot be done in terms of trying to sell more local products, trying to organise vendors to be able to cash in and stock up on more indigenous craft. That is something that we can do but it is a long term thing,” Isaac explained.

In addition, he noted that most vendors are not craft producers but buy the items for resale.

The Vendors Association President spoke against the backdrop of an impasse with the Ministry of Tourism over an invitation for vendors to operate from the approved Pointe Seraphine duty-free shopping complex amid COVID-19 concerns.

Isaac cited logistical and other considerations for a failure of vendors to move, asserting that they would instead prefer that the authorities provide COVID-19 certification for the Vendors Arcade and the Craft Market.

Isaac also said that if only vaccinated vendors could move to Pointe Seraphine, it would become contentious.