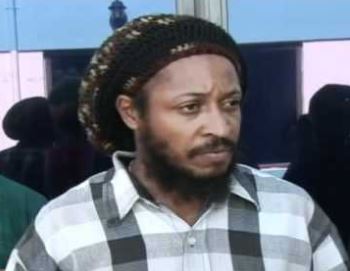 Alexander Urges Constitutional Amendments After Chastanet No Show In Parliament

The Deputy leader of the National Green Party (NGP), Aaron Alexander, says there needs to be constitutional reform and amendments to prevent parliamentarians from disrespecting the electorate and taking them for a ride.

He said former Prime Minister Allen Chastanet, the MP for Micoud South, is “a case in point.”

On three consecutive sittings of parliament, Chastanet, who was on vacation, did not attend. As a result, Alexander said the former PM did not give the people of Micoud South representation in the house.

Choiseul MP, Bradley Felix, told reporters on September 14 on the third occasion that Chastanet was absent from a house sitting, that the former PM continued to provide excuses for his absence which the Speaker was receiving.

“It is within his right to have a vacation with his family,” Felix, said. He and Chastanet were the only victorious former ruling United Workers Party (UWP) candidates when elections were held on July 26, 2021. The Saint Lucia Labour Party (SLP) won the poll by a landslide.

“The people of Micoud South would by now be exercising their power of recall and fire him as their parliamentary representative and thereby force a by-election in the constituency,” the NGP Deputy leader said of Chastanet in a statement on Tuesday.

“The constitution says if an MP is absent for six sittings – we think that needs to be amended. That is too long because had he won the elections, he would have been present,” Alexander stated.