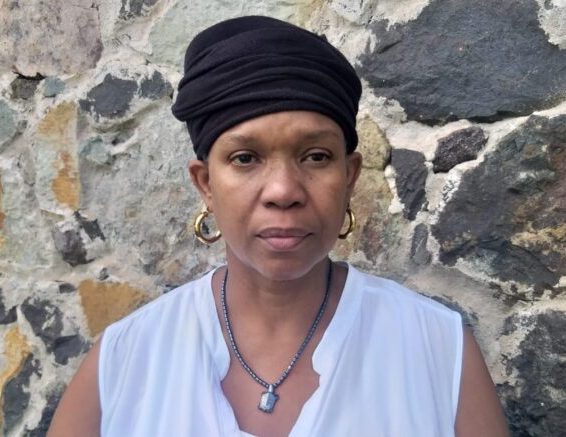 Alex Bousquet’s family is concerned over a social media voice note from an unidentified female commenting on the medical condition, treatment, and possible cause of death of the DBS Television reporter who passed away on Sunday.

Bousquet’s ‘life partner’ Cecilia Leon told reporters on Monday that she and the Bousquet family know nothing about the voice note.

“We did not permit anybody to do anything,” Leon asserted.

As a result, she said the family is wondering who the woman is and where she got her information.

” It’s even worse because we don’t know. We are awaiting the post mortem to tell us exactly what went wrong with Alex,” Leon disclosed.

She explained that the family could not give information which it does not have.

“We don’t have a death certificate. We cannot say Alex died of anything,” Leon stated.

She described as ‘more than sad’ the death of the television reporter who is perhaps best known for the programme ‘Street Vibes,’ aired weekdays during the DBS Evening New.

“I can’t explain it. I don’t know how I feel. If you in the media feel the way you do, far less me and the rest of his family. When I spoke to Alex on Saturday evening, as far as I am concerned Alex was doing well, and to get a call Sunday afternoon to say that Alex passed at five past twelve was killing is the best word I can use because it’s like a knife went through me. I just died,” Leon stated.

She recalled that she then had the task of delivering the tragic news to her and his family.

She also shared some personal insight about the man colleagues have hailed as a ‘stellar reporter’ and the life of the media fraternity because of his great sense of humour.

“He would get me upset, and then he would eat and tell me how good that food was. I would tell him: ‘You’re just lying to make me feel good. He would tell me ‘no ‘and then a joke would follow, or he would try to tell me ‘I am going to jump over that chair and come after you’, and I am just waiting – just laughing because I know by the time he jumps over the chair he would fall to the floor because his legs short,” Leon recalled.

She said Alex belonged to the public and the world and took COVID-19 protocols seriously. She also revealed that since his death, she has been receiving calls from all over.

“Keep us in your prayers and think of what Alex would do in this pandemic,” she stated.